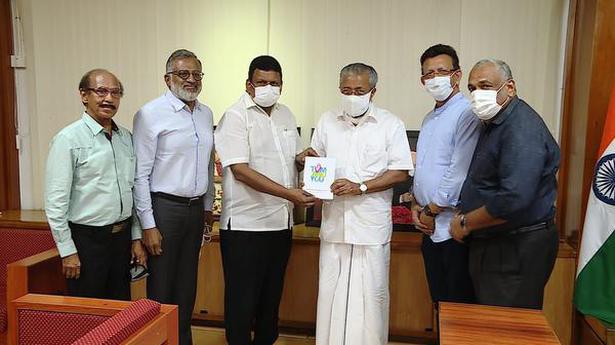 Billed as a ‘five-year action plan,’ the document, titled ‘Tvm and You’ was released on Wednesday by Kerala Chief Minister Pinarayi Vijayan

The Trivandrum Chamber of Commerce and Industry (TCCI) has come out with a document that serves as a detailed guide to development projects worth ₹31,309.73 crore meant to spur development of the capital city.

Billed as a ‘five-year action plan,’ the document, titled ‘Tvm and You’ was released here on Wednesday by Chief Minister Pinarayi Vijayan.

The document lists over 125 projects being implemented by the State and Central Governments and in public-private partnership mode.

For every project, it seeks to provide a short description with its present status, funding pattern, critical milestones, implementation agency, the department and Assembly constituency involved apart from remarks on requirements.

TCCI president S. N. Raghuchandran Nair told a press conference that the document was meant to create awareness among citizens and also act as a support mechanism in spurring the city’s development and sustainable growth. The document will be distributed to elected representatives as it can help them keep track of the projects in their respective constituencies and wards, he said.

Of the ₹31,309.73 crore, projects worth ₹16,704.5 crore are under implementation, while those worth ₹14,605.23 crore have been cleared, according to the document. Tvm and You also provides a parliamentary constituencies and assembly constituency-wise break-down of projects.

TCCI is also set to launch a website by next month so that the public can track the projects.