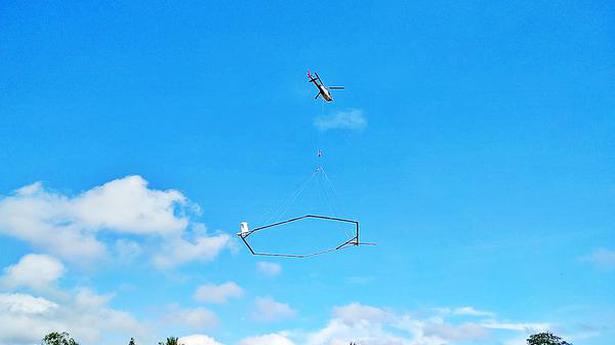 The 10-day survey will assess the structure of the soil, rock formations, underground water sources, and marshy lands through which the proposed rail line will pass, sources said.

The base of the survey has been set up on the helipad near St. Mary’s College ground at Sulthan Bathery.

Two rounds of survey were conducted on Wednesday with electromagnetic instruments attached to the helicopter.

The chopper flew at a height of 50 metres with the instruments and recorded high resolution 3D image of the sub-surface up to a depth of 500 metres below the ground. It would be assessed later, sources said.

The survey would be completed in Wayanad in two days and later, it would continue in Thalassery area in Kannur district, the sources said.

The main advantages of the heli-borne geophysical survey was that it was fast, highly data dense, precise and economical, the sources said.

However, the officials refused to reveal more details on the survey to the media.