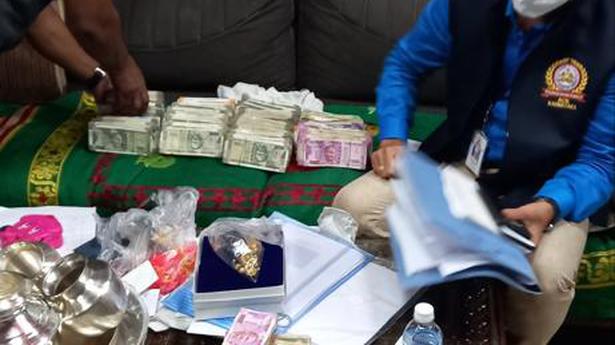 The Anti Corruption Bureau (ACB) launched simultaneous search operations at 68 locations across Karnataka targeting 15 government officials in various departments as part of a probe into alleged disproportionate assets, on November 24. The raids were conducted on the heels of an ongoing massive operation at the headquarters and other offices of the Bangalore Development Authority (BDA) in Bengaluru.

Both the houses and offices of 15 government officials and their relatives in Mangaluru, Bengaluru, Mandya and in some districts were searched by teams led by eight SPs, 100 officers and 300 ACB staff.

“We are seizing cash, valuables and documents as part of the probe,” said an ACB official who did not divulge details as the search operation is yet to be completed.