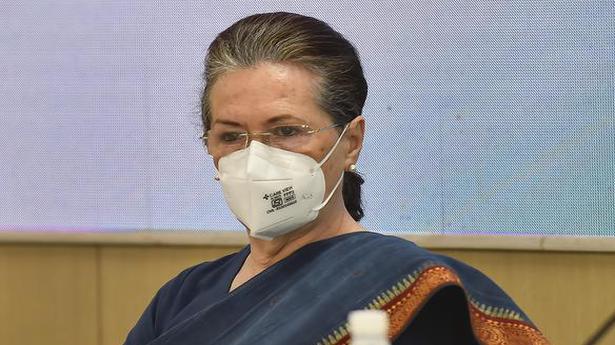 There was no official word on what transpired at the meetings but the Congress chief is said to have discussed the current political scenario, overall challenges for the party and strategies to deal with them.

The forthcoming session of Parliament is said to have been discussed as well.

These inductions are not only being seen as an attempt to increase the Trinamool’s footprints across different States but also to emerge as the main Opposition party in the run up to the 2024 elections.

Election strategist Prashant Kishor, whose possible entry into the Congress was stalled, is said to be working on a plan to project Ms Banerjee as the Opposition’s face to take on Prime Minister Narendra Modi.

Tensions between the Congress and the Trinamool were reflected at the party’s official briefing by Congress spokesperson Pawan Khera.

Asked to comment about the new entrants to the TMC, Mr Khera targeted Ms Banerjee’s party by pointing out that it chose to go after the Congress instead of the ruling BJP in Goa.

“Whoever does not want to struggle and seeks only power, they will go. Those who are sitting here are ready to fight and are already doing so,” he told reporters.

Mr Khera said the Congress is best suited for and focussed on speaking against the “anti-people policies of the Narendra Modi government”.

“We struggle paying our EMIs, monthly bills, whether it is milk, petrol, diesel, cooking oil, vegetables. We get to know that the GST on readymade garments and footwear has been increased from 5% to 12%… We will keep bringing the government back and the narrative back to where it belongs — it belongs to my everyday problems,” he said.

Though the Congress will decide it’s Parliamentary Strategy on Thursday, the party will focus on inflation as one of the main issues and will hold a mega rally against inflation in Delhi during the winter session of Parliament.