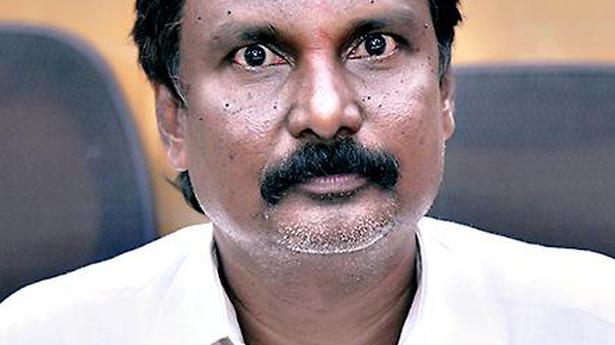 In an interesting development, Lakhan Jarkiholi, younger brother of Ramesh Jarkiholi, BJP MLA, filed his nomination for the Legislative Council election as an Independent in Belagavi on Tuesday.

He is seen as a BJP “rebel candidate” after the party rejected requests by his elder brother Balachandra Jarkiholi to give him the ticket. His presence in the fray is likely to affect both BJP’s official candidate, Mahantesh Kavatagimath, and Channaraj Hattiholi, Congress nominee and younger brother of Lakshmi Hebbalkar, the political adversary of Mr. Ramesh Jarkiholi.

In the last Council polls, the Jarkiholi brothers had backed Vivekrao Patil, an Independent, as against the Congress candidate Veerkumar Patil. Vivekrao Patil was among the 10 persons who accompanied Mr. Lakhan Jarkholi to the office of the Returning Officer on Tuesday.