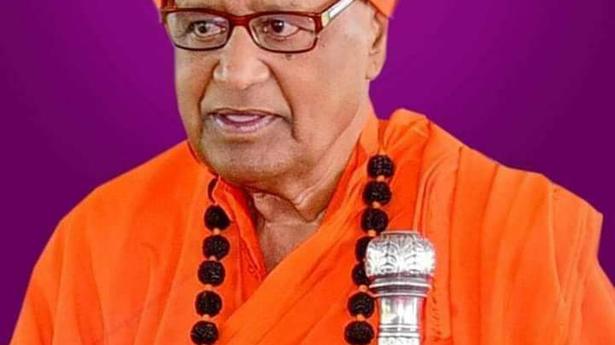 Sangabasava Swamy of Kottur mutt in Vijayanagara district passed away in a private hospital in Bengaluru in the early hours on November 22. The 83-year old seer was suffering from age-related ailments for the last few months. He had been away from public activities for the last two years owing to deteriorating health. The place and time of his last rites are yet to be decided.

He hails from Bidari in Jamakhandi taluk in Bagalkot district. He was one of the prominent figures to take a firm stand against the demand for independent religious status for Lingayats.

Karnataka Chief Minister Basavaraj Bommai and his cabinet colleagues Govind Karjol and C.C. Patil were among the dignatories who visited the hospital to pay their last respects to the seer.

“The seer had been following the values of Basavanna both in words and deeds. He worked hard to popularise the thoughts of Basavanna. He had great concern towards the oppressed communities and worked for their welfare,” Mr. Karjol said in his message.

Condoling the demise of the seer, Leader of Opposition and former Chief Minister Siddaramaiah recalled the seer’s contributions to society. “The seer had selflessly served society in the fields of religion and education. He had concern towards the poor and deprived sections, and worked for their welfare for a long time. His demise is a great loss to society,” Mr. Siddaramaiah said in his message.