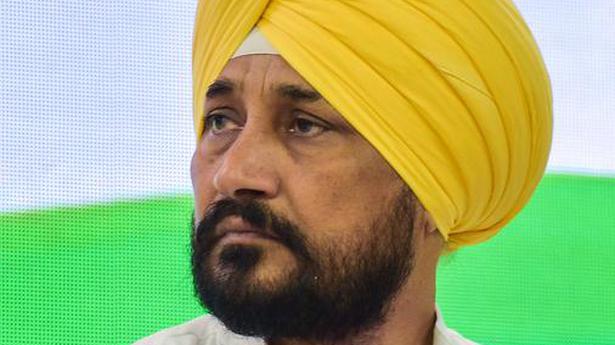 Punjab Chief Minister Charanjit Singh Channi on Monday said the farmers’ agitation against the three “black laws” will be remembered as a watershed in the fight to protect democratic and human rights in the country, even as he urged farmers to stay vigilant until the laws are not repealed.

Mr. Channi said the farmers’ agitation would ever inspire the countrymen to fight for their rights while relentlessly waging a peaceful battle. “Fresh conspiracies are being hatched to harm the interests of the farmers besides derailing the progress and prosperity of Punjab. The leaders who are welcoming the announcement of Prime Minister to repeal the laws are pseudo nationalist and are part and parcel of these anti-Punjab conspiracies,” he said.

Mr. Channi said those hailing the decision were supporting the atrocities meted out by the Union government against the agitating farmers. “What’s the rationale behind merrymaking as there is hardly any reason to rejoice since Punjab has lost more than 700 sons and daughters during the struggle?” he said.

The Chief Minister said the announcement regarding the repeal of farm laws was meaningless until and unless a guarantee of minimum support price (MSP) for crops was not made. “The Union government must ensure that each and every grain of the farmers is lifted on MSP so that the exploitation of farmers at the hands of private players is avoided,” he added.

Mr. Channi, who was in Ludhiana, announced that the monthly rate of cable television connection would henceforth be fixed at ₹100 to eliminate cartelisation across the State. “People are being unnecessarily harassed by cable mafia by levying hefty charges which will not be tolerated any more. All such businesses of cable and transport are owned by the Badal family. Now the people need not pay more than ₹100 per month and strict action will be taken against those not adhering to the new rates. If anyone harasses you, inform me,” said Mr. Channi.

Hitting out at the Shiromani Akali Dal and Aam Aadmi Party leaders, Mr. Channi accused them of misleading the people of Punjab with their false statements.