Number of countries veering towards authoritarianism on rise: report 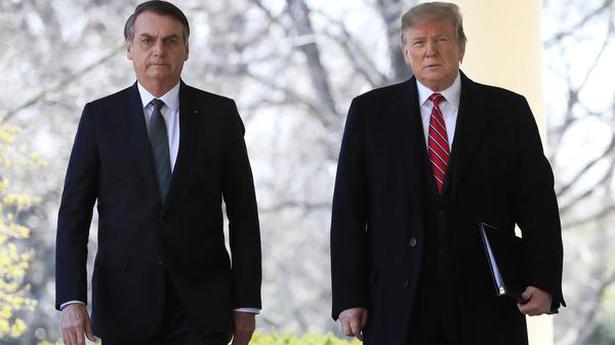 The number of countries moving towards authoritarianism in 2020 was higher than that of countries going in the other direction, towards democracy, the Global State of Democracy Report, 2021 released by the International Institute for Democracy and Electoral Assistance (International-IDEA) on Monday said.

“The pandemic has prolonged this existing negative trend into a five-year stretch, the longest such period since the start of the third wave of democratisation in the 1970s. Democratically elected Governments, including established democracies, are increasingly adopting authoritarian tactics. This democratic backsliding has often enjoyed significant popular support,” the report said.

The report highlighted the case of Brazil and India as “some of the most worrying examples of backsliding. However, India remained in the category of a mid-level performing democracy as it has since 2000, the report showed.

“The United States and three members of the European Union (EU) [Hungary, Poland and Slovenia, which holds the chair of the EU in 2021] have also seen concerning democratic declines,” the report said.

In non-democratic regimes, the trend was deepening, it said. “The year 2020 was the worst on record, in terms of the number of countries affected by deepening autocratisation. The pandemic has thus had a particularly damaging effect on non-democratic countries, further closing their already reduced civic space,” the report said.

The report cited the example of former U.S. President Donald Trump’s baseless allegations about electoral integrity as part of the increasing trend of questioning elections in established democracies.

“The uneven global distribution of COVID-19 vaccines, as well as anti-vaccine views, undermine the uptake of vaccination programmes and risk prolonging the health crisis and normalising restrictions on basic freedoms,” the report said.

However, the report also pointed out that many democracies had proved to be resilient to the pandemic.

“Despite pandemic restrictions on campaigning and media space unfairly favouring Governments in some countries, the electoral component of democracy has shown remarkable resilience. Countries around the world learned to hold elections in exceedingly difficult conditions and they rapidly activated special voting arrangements to allow citizens to continue exercising their democratic rights.”

The International-IDEA, which is an inter-governmental organisation supporting democracy, was chaired by Australia and includes India as a member-state.