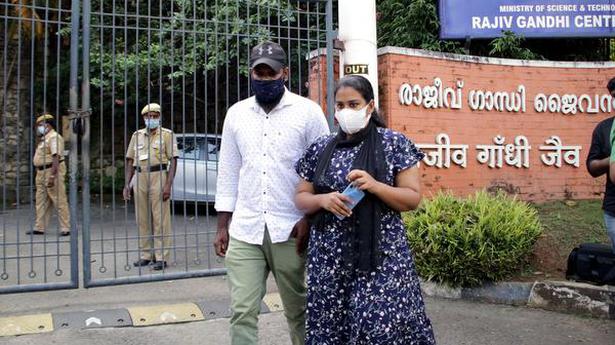 The Kerala State Council for Child Welfare (KSCCW) has valid registration to function as a specialised adoption agency till 2022, according to its general secretary J.S. Shiju Khan.

The registration, issued under Section 41 of the Juvenile Justice Act 2015, comes with a five-year validity. The State Government had issued the council a registration on December 20, 2017, said Mr. Khan in a statement.

The council deplored, what it termed, the attempts to show it in poor light. The agency, which has been functioning in the field of child welfare since 1960, took care of orphaned and abandoned children on directions from the Child Welfare Committee, said Mr. Khan in a statement.

Meanwhile, the blood samples of the baby boy, who is entangled in the adoption controversy, and Anupama S. Chandran and S. Ajith Kumar, who claim to be its parents, were collected on Monday for DNA tests.

A team of experts from the Rajiv Gandhi Centre for Biotechnology, Thiruvananthapuram, collected the blood sample of the baby, who has been accommodated in a child-care facility in the State capital, on Monday morning. The couple gave their samples at the centre in the afternoon. Besides the District Child Protection Officer, the staff of the Child Welfare Committee, Thiruvananthapuram, were present when the samples were collected.

The DNA tests are being conducted to determine the biological parents of the baby as demanded by the couple.

Incidentally, an earlier DNA test conducted on another baby, who was also born on the day of Ms. Chandran delivering the baby, had turned negative.

The test to establish the biological parentage is crucial for the mother to assert her claim to get the baby back. She had alleged that the child was given in adoption against her will.

It was on Sunday night that the baby was brought to Kerala from the custody of a couple in Andhra Pradesh under whose foster-care the child was.

The Family Court, Thiruvananthapuram, will consider the petitions of Ms. Chandran and the Department of Women and Child Development in the adoption case on November 30.