Fireworks industry in T.N. warned of action for violation of Supreme Court directives 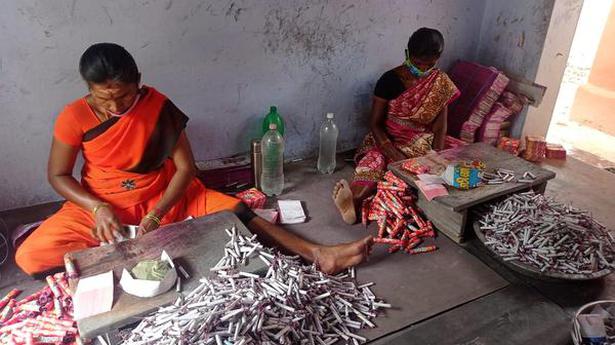 As the fireworks industry is all set for a fresh production season after Deepavali, Virudhunagar district administration has warned the industry from using barium nitrate and making joint crackers banned by the Supreme Court.

Chairing a meeting with representatives of fireworks manufacturers associations here on November 20, the Collector said that the Supreme Court in its order, dated October 29, has banned fireworks containing barium nitrate and joint crackers that pose danger to health of people and the environment.

In order to ensure implementation of the Apex court guidelines, special teams would be formed for inspecting the fireworks units. “Any unit that is found to violate the Supreme Court order would face stringent action,” he said. “No fireworks that is banned by the court should be manufactured, stocked, sold or burst,” he said.