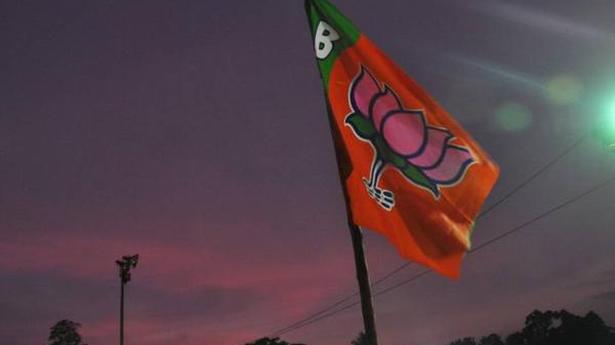 BJP president J.P. Nadda made the appointments and these were announced by party general secretary Arun Singh in an official statement

The BJP on Sunday made some organizational appointments, including promoting Maharashtra leader Vinod Tawde to the post of national general secretary from his previous position of national secretary.

Mr. Tawde’s elevation, it is said, is to fill the vacancy created by the exit of Mr. Bhupendra Yadav, who became India’s Environment and Labour Minister in the Cabinet reshuffle in July this year.

The promotion for Mr Tawde is significant in the context of Maharashtra politics as he is not considered part of the former Chief Minister Devendra Fadnavis’ inner circle. When he was appointed national secretary a few months earlier, his position was not considered strong either in the State unit or with the high command in Delhi, but the promotion to general secretary indicates that he has made inroads in the Delhi power structure, with implications for Maharashtra BJP.

Asha Lakra has been two time Mayor of Ranchi and her appointment is also indicative of the fillip being given to representation to tribal leaders in the BJP. The party, in the last couple of years, has lost power in tribal dominated States of Jharkhand and Chattisgarh. The Union government recently declared November 15 (birth anniversary of tribal icon Birsa Munda) as Tribal Pride Day.

While these appointments will bolster the organizational structure, BJP president J.P. Nadda is yet to fill the four big vacancies in the party’s Parliamentary Board- the most important decision making body in the party.

With the passing away of Union Ministers Sushma Swaraj, Arun Jaitley and Ananth Kumar, and M. Venkaiah Naidu’s election to the post of Vice-President, there are now significant vacancies in the parliamentary board.

Party sources have remained silent over when these vacancies will be filled. But, Union Ministers Dharmendra Pradhan, Piyush Goyal and Nirmala Sitharaman are the front runners for these posts.