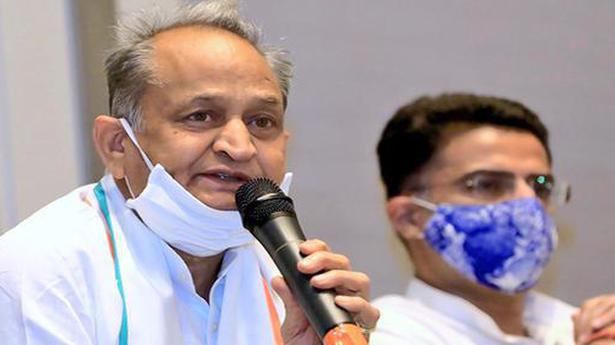 The Ashok Gehlot-led Congress government will have a total of 30 ministers, including 18 who resigned earlier

The new Rajasthan cabinet will see 12 new faces, including five from the Sachin Pilot camp, in the reshuffle slated on Sunday, sources said.

Congress president Sonia Gandhi has accepted the resignation of three Cabinet Ministers — Raghu Sharma, Harish Chaudhary and Govind Singh Dotasra — after all Ministers in the Rajasthan cabinet resigned, they added.

The Ashok Gehlot-led Congress government will have a total of 30 ministers, including 18 who resigned earlier.

Three Ministers of State have been elevated to the Cabinet rank, the sources said.

Those who will take oath as the new Ministers of State on Sunday are Jahida, Brijendra Singh Ola, Rajendra Durha and Muralilal Meena.