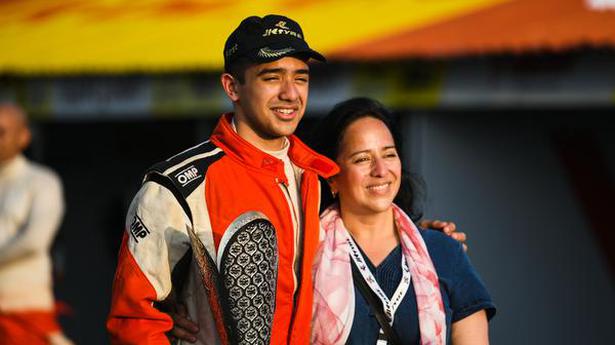 Some drivers have a nice day. Amir Sayed of Ahura Racing was one of them. The youngster from Kottayam surprised a field full of champions to bring home a maiden victory in the premier Formula LGB4 class on the opening day of Round 2 of the 24th JK Tyre National Racing championship at the Kari Motor Speedway here on Saturday.

He tried hard in the opener at the same venue last month but failed to clinch a place on top of the podium.“It’s such a great feeling to win. We got a pretty good start and held it all the way to finish line,” he said.

Championship leader Vishnu Prasad finished fifth. It was a creditable finish nevertheless as his car lacked the pace and the power right through the day.

Ruhaan Alva made it memorable for Team MSport finishing on top in the JK Tyre Novice Cup.

Anish Damodar Shetty was the master of the JK Tyre presents Royal Enfield Continental GT Cup. After ruling the road in the first round, he came back to show why he is the king of the big bikes. The Hubli hero not only dominated the practice and the qualifying sessions but kept his cool when it mattered to win the opening race of the weekend.

He expected it to be a bit easy but Allwin Xavier of Thrissur challenged him like never before. He enjoyed a great start along with Anish and after a stiff fight managed to overtake the leader. Anish fought as much to snatch the lead back in the first turn of the final lap to emerge a clear winner.