Explained | How to repeal a law? 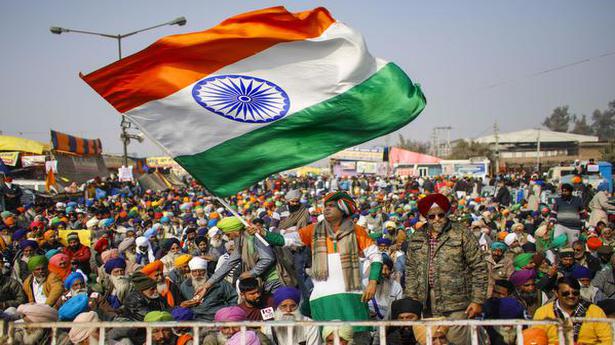 Prime Minister Narendra Modi in his address to the nation on November 19 announced the repeal of three contentious farm laws and assured farmer groups protesting against these laws that the legislative process for the repeal would be completed in the upcoming Winter Session of the Parliament.

The government can repeal the laws in two ways — it can either bring a Bill to repeal the three laws or promulgate an ordinance that will have to be subsequently replaced with a Bill within six months.

“For repeal, the power of Parliament is the same as enacting a law under the Constitution,” former Union Law Secretary P.K. Malhotra told PTI.  “There is no other way,” said former Lok Sabha Secretary General P.D.T. Acharya. Responding to a query by PTI, Mr. Acharya said the government can repeal the three laws through a single repealing bill.

Article 245 of the Constitution which gives Parliament the power to make laws also gives the legislative body the power to repeal them through the Repealing and Amending Act. The Act was first passed in 1950 when 72 Acts were repealed.

The last time the Repealing and Amending provision was invoked was in 2019 when the Union government sought to repeal 58 obsolete laws and make minor amendments to the Income Tax Act, 1961 and The Indian Institutes of Management Act, 2017.

Generally, laws are repealed to either remove inconsistencies or after they have served their purpose. When new laws are enacted, old laws on the subject are repealed by inserting a repeal clause in the new law.

The Repealing and Amending (Amendment) Bill will pass through the same procedure as any other Bills. It will have to cleared by both Houses of Parliament and the President would give his assent to make it a law.

Also, this is the second time the NDA government is taking a U-turn. In 2015, ahead of the Bihar elections, it agreed to bring back crucial clauses of the land acquisition law of 2013 after its proposed amendments to the law were met with opposition in Rajya Sabha.