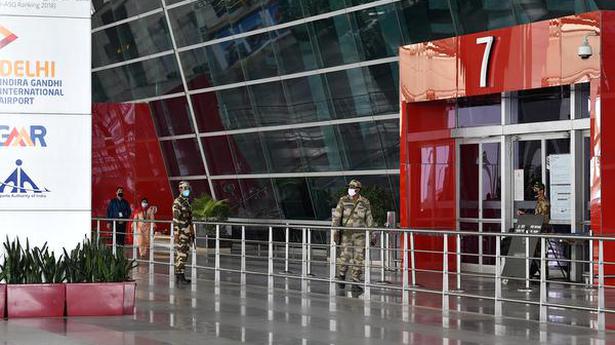 In a major operation, the Directorate of Revenue of Intelligence (DRI) has seized 85.53 kg of gold worth about ₹42 crore and detained four foreign nationals who were allegedly involved in smuggling.

While one suspect is from Taiwan, two are from South Korea and another one is from China. “One of the Korean nationals and the Chinese national had come in contact with each other when they were earlier lodged in jail on the charge of gold smuggling,” an official said.

The Korean national remained in 14-month detention under the Conservation of Foreign Exchange and Prevention of Smuggling Activities Act, while the other was released on bail after two months, the official said.

Intelligence inputs indicated that gold smuggled in the form of machinery parts was being melted and moulded into bar/cylinder shapes before being disposed of in the local market.

Based on the findings, DRI sleuths examined an import consignment at the cargo complex of Delhi’s Indira Gandhi International Airport. They detected a consignment of electroplating machines fitted with transformers. The transformers’ laminations were found to have been made of gold coated with nickel. About 1 kg of gold was seized from the 80 machines.

In the follow-up action, the agency seized 5.4 kg of foreign origin gold from a Delhi-based jeweller. Subsequent searches at several rented apartments and farmhouses in Delhi’s Chattarpur and Gurugram led to the identification of the four foreign nationals and the seizure of more gold.

The suspects were using sophisticated metallurgical techniques to convert the smuggled gold in the form of transformer laminations into bar/cylindrical form for further distribution, the agency said.