Centre’s decision much delayed but a welcome step: Punjab CM 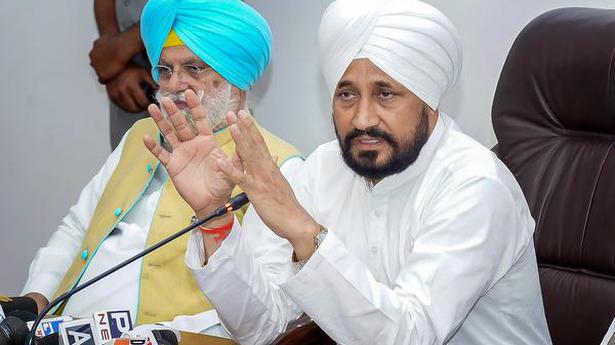 Political parties in Punjab on Friday welcomed Prime Minister Narendra Modi’s announcement on repealing the three farm laws even as they asked the Central Government to fulfil all remaining pending demands of farmers.

Punjab Chief Minister Charanjit Singh Channi termed the Centre’s decision much delayed but a welcome step. “Had Prime Minister Narendra Modi taken this decision much earlier several precious lives would have been saved. Even now, we shall not trust them [the BJP] till the time the laws are repealed by Parliament,” he said.

Blaming the Centre for thrusting these black farm laws on the farmers without taking them into confidence, Mr. Channi said, “The BJP-led Central Government should admit on record to have made a blunder in bringing these Bills for which it hardly bothered to even relent for the past one and half years. Now when the Prime Minister has announced to withdraw these draconian farm laws, he should compensate the farmers adequately for the humongous losses of life and property suffered by them,” he said.

Mr. Channi said the Punjab Government had already provided government jobs to the victim families of farmers besides financial assistance of ₹5 lakh to each family of the deceased farmers who sacrificed their lives in the agitation. “We will set up a memorial in the State for the farmers who lost their lives during the agitation,” he said.

The Chief Minister asked the Prime Minister to immediately announce a financial package to provide relief to farmers and labourers reeling under the huge burden of debt, besides demanding the Centre to make its stand clear on the Minimum Support Price (MSP) and public procurement of crops.

Aam Aadmi Party (AAP) Punjab president and Lok Sabha member Bhagwant Mann termed the announcement by the Prime Minister a victory of the farmers. “The Narendra Modi Government has delayed the repeal of the black farm laws and nearly 700 farmers lost their lives during the one-year struggle. The Bharatiya Janata Party and the Modi Government are responsible for the martyrdom of the farmers. It would have been better if the Prime Minister had also announced the Minimum Support Price on crops; then the farmers would have happily returned to fields,” he said.

Mr. Mann demanded the Union Government to compensate the families of farmers who lost their lives during the agitation.

Shiromani Akali Dal (SAD) president Sukhbir Singh Badal said rightful agitations always succeeded and the success of the farmers’ agitation represented the victory of each and every household in Punjab.

Mr. Badal said the victory had however come at a great loss. “We have lost over 700 farmers who were martyred during the course of this agitation. Farmers braved all odds during the last one year, be it the inclement weather or pressure to stop their ‘dharna’. They stood their ground and continued the democratic protest for their rights which has been recognised as one of the most peaceful protests the world over”.

Former Punjab Chief Minister Captain Amarinder Singh tweeted, “Great news! Thankful to PM @narendramodiji for acceding to the demands of every punjabi & repealing the 3 black laws on the pious occasion of #GuruNanakJayanti. I am sure the central govt will continue to work in tandem for the development of Kisani!”