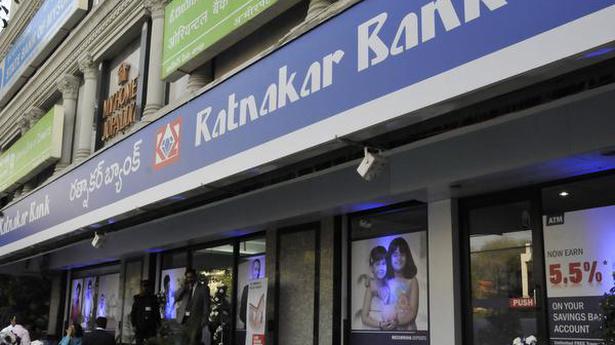 The accused demanded ₹1 crore for issuing certificates for a Govt. scheme

The Central Bureau of Investigation (CBI) has arrested two officials of the Ratnakar Bank Limited (RBL) for allegedly demanding and receiving bribe from a person for issuing the certificates required to get subsidy for agri-term loans taken under a Government scheme.

The accused have been identified as Nimesh Manger, regional head of the bank’s agro unit in Ahmedabad and Saurabh Bhasin, the recovery head posted in Pune.

The complainant, Sunil Prabhudas Patel, is engaged in farming protected agriculture product. He, along with his 12 family members, had applied for loans with the bank under the “Development of Commercial Horticulture through Production and Post-Harvest Management of Horticulture Crops” scheme introduced by the National Horticulture Board of the Centre.

As part of the scheme, a credit-linked back ended subsidy at the rate of 50% of the total project cost, limited to ₹56 lakh per project, is given by the Board.

The total project cost of the loans, taken by Mr. Patel and his relatives, was about ₹12.56 crore and the bank disbursed ₹10.87 crore in 2016. All the amounts were given to Gandhinagar-based Aatree Green Enterprise for providing infrastructure and Andiz Crop Science for seeds and fertiliser.

The process for getting the subsidy was started in 2017, but it was rejected by the Board on technical grounds. The Agriculture Ministry then issued revised guidelines, in response to a representation from borrowers, as per which a letter for valuation of mortgaged properties was required from the lender bank to get the subsidy.

Mr. Patel made representations to the bank through email, but to no avail. Owing to the COVID pandemic and non-receipt of subsidy, the borrowers could not pay the instalments regularly. The bank declared the loan accounts Non-Performing Assets in 2020-21 and initiated recovery proceedings.

On November 10, Mr. Patel contacted Mr. Bhasin over phone for the issue of valuation certificates, but could not discuss the matter. Then, on November 15, Mr. Bhasin allegedly called back and asked him to meet at a hotel in Ahmedabad. The complainant met Mr. Bhasin and recorded their conversation.

The accused initially demanded ₹1 crore, but scaled down the amount to ₹30 lakh following negotiations. It is alleged that the amount was to be handed over to Mr. Manger. The agency laid a trap and arrested the regional head and then the recovery head.