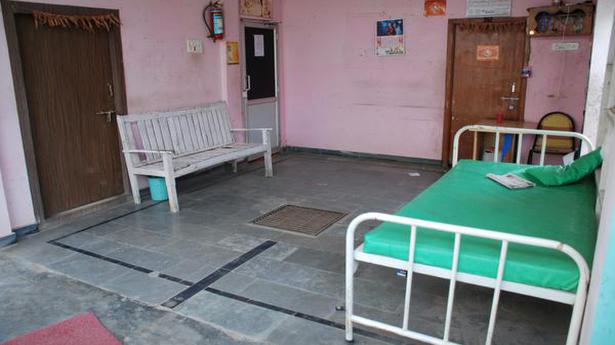 Days after the abduction and murder of journalist and Right to Information (RTI) activist Buddhinath Jha alias Avinash Jha in Benipatti of Madhubani district in Bihar, allegedly for exposing illegal private nursing homes and clinics mushrooming in his area, 5,433 such establishments have been served notices across Bihar for not following stipulated norms, including the Bio-Medical Waste Management Rules, 2016. Of them, 326 are from Patna district alone. .

Out of 21 such illegal nursing homes and medical clinics against whom the deceased journalist had lodged a complaint in the Benipatti area of Madhubani district, only one was found to be operational in accordance with the established rules, said officials.

Jha’s half-burnt body was found by the side of a State Highway in Urain village, 5 km away from his residence in Benipatti, on November 12. He went missing on November 9. His elder brother Chandrashekhar Jha on November 11 lodged an FIR against 11 named and several other unnamed owners of private nursing homes and clinics, alleging the abduction of his brother.

“My brother exposed several illegal nursing homes and fake medical clinics operating in the Benipatti area in the news portal he was working with and that had led to the closure of several of them,” Mr. Chandrashekhar Jha said.

Local police later arrested six persons, including a woman, and told mediapersons that the “case was being investigated from both love affair angle and the alleged involvement of owners of private nursing homes and clinics operating in the area against whom Mr. Jha had earlier lodged a complaint”.

“So far, the probe against 21 nursing homes and private medical clinics has been conducted on the basis of two petitions filed earlier by Buddhinath alias Avinash Jha. Out of them, eight were already closed while inquiry reports on some others are awaited. Out of 21, only one nursing home, so far, has been found to be operational in accordance with stipulated rules and norms,” Madhubani civil surgeon Dr. S.K. Jha said.

Closure notices have been served to two nursing homes situated at Kataiya road in Benipatti following the inquiry reports. The killed journalist had also filed petitions against these two nursing homes operating illegally in the area. He was last seen at 10 p.m. on November 9 near one of the two nursing homes after meeting a woman, Purnakala Devi, who was later arrested by the police.

In the State, 5,433 private nursing homes and clinics have been served notices for not following established norms,

Local sources in Madhubani told The Hindu that several private nursing homes and clinics are keeping their shutters down in Benipatti ever since Jha’s murder as most of them operate without the required papers and licenses. “Running a private nursing home or clinic is the most proliferating business enterprise in the rural areas of the district. Everyone knows that corruption has led to mushrooming growth in such private nursing homes and clinics not only in Madhubani but in all of Bihar,” Pawan Kumar Jha, the proprietor of a small enterprise in Benipatti bazaar said.