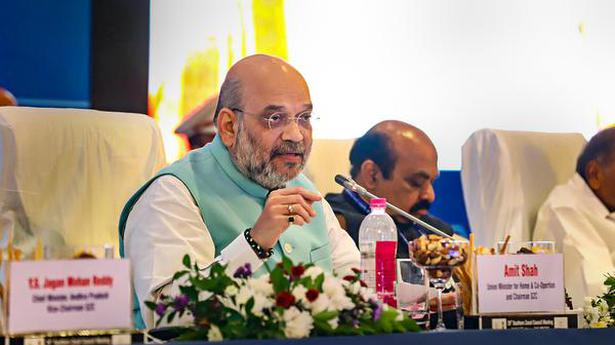 The BJP on Thursday got down to laying out an elaborate plan for preparing for the coming polls in Uttar Pradesh. The plan includes a “Vijay Sankalp Yatra” and the deployment of Union Home Minister Amit Shah in western Uttar Pradesh and Braj for a series of meetings with booths in-charge, an area where the protests by farmers against the three controversial Central laws has had the most traction.

The “Vijay Sankalp Yatra” (from four different venues) through December, to conclude on December 25 (birth anniversary of the former Prime Minister, the late Atal Bihari Vajpayee), and other plans to energise the cadre were decided at a meeting held by party president J.P. Nadda here.

“Meetings of booths in-charge will be held, with Mr. Shah taking the meetings in western Uttar Pradesh, Defence Minister Rajnath Singh in Awadh and the Kashi region and Mr. Nadda in Gorakhpur and the Kanpur region.

Naddaji’s programme is fixed for November 22 and 23, but the two Ministers have to fix the dates,” said a senior source present at the meeting.

What is significant is that it is Mr. Shah who will be talking to party men in western Uttar Pradesh on how best to tackle traction, if any, that the farmers protests have had in the region. “Western Uttar Pradesh continues to be a pain point as far as the BJP is concerned, as, despite the fact that there is widespread contract farming already in the area, there is a sense of grievance among farmers over sugar cane procurement prices and high electricity bills that has led to solidarity with farmers protesting the three controversial farm laws.

A likely coalition between the Samajwadi Party and the Rashtriya Lok Dal is also a worry. In 2017, when the Jat reservation issue was foregrounded in the campaign, Amit ‘bhai’ [Shah] had done much of the groundwork in diffusing the sense of upset among Jats,” said a source.