Rising concern over conduct of Kalpathy car festival in Palakkad 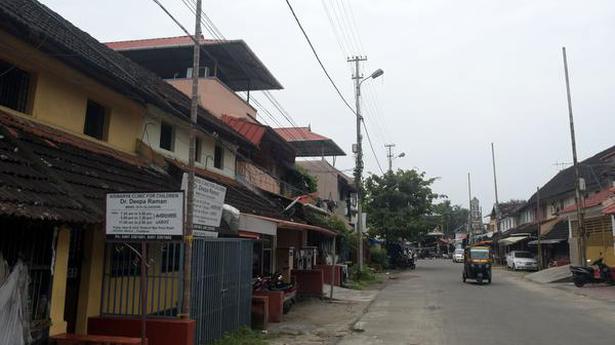 Kerala Government is wary of taking a decision but remains diplomatic, while the District Disaster Management Authority has referred the matter back to the Government

The Kalpathy Tamil Brahmin village in Palakkad is divided over conducting the popular annual Kalpathy car festival (Ratholsavam). Though villagers fear the possible spread of COVID-19, they are also concerned about not organising a major festival held traditionally to propitiate the deities that preside over the temples of Kalpathy.

While those closely associated with the temples and politicians seek to conduct the festival with grandeur, a large number of village elders do not favour this proposal. However, they are also reluctant to vehemently oppose the conduct of the festival because of its religious significance.

This difference of opinion was visible in a meeting convened by District Collector Mrunmai Joshi the other day. Ms. Joshi sought a detailed action plan from the organisers so that the District Disaster Management Authority (DDMA) can take a decision. The DDMA discussed the action plan on Thursday, but has referred the matter back to the Government.

The Government has been wary but diplomatic about giving permission for the festival. Minister for Dewaswom K. Radhakrishnan had shifted the responsibility to the Malabar Devaswom Commissioner and the District Administration by asking them to take a decision after consulting the stakeholders. Though everyone, including the Minister and Palakkad MLA Shafi Parambil, religiously talks about upholding COVID-19 protocol, they have been cautious not to say a ‘no’ to those demanding festivities and the traditional chariot race.

“Why can’t we hold the festival with a few thousands of people when the Government has given permission for a much larger number of visitors at Sabarimala?” asked municipal councillor Subhash Kalpathy.

The giant chariots have not been touched since the last race in 2019. Their condition may not be perfect and they need to get a certification from the authorities concerned if at all they are to roll along the villages of Kalpathy. The condition of the chariots apart, what worries many in Kalpathy is the mammoth gathering the festival brings.

“It is a matter of grave concern. We are all worried about it. We can’t bluntly say no to the conduct of the chariot festival because it is a matter of faith. At the same time, the COVID-19 situation is not favourable for a massive gathering,” said K.G. Krishnan, treasurer of the festival committee.

K.G. Padmanabhan, a retired postmaster who resides at Chathapuram, which together with Old Kalpathy, New Kalpathy and the main temple junction form the core area of the festival, said that it would be better if the authorities imposed a restriction on the festival.

The festival is scheduled to be held from November 7 to 17, and the chariot race, if permitted, will take place on November 14, 15 and 16. The biggest crowd will be on the third day when the chariots of all deities converge in a rare culmination of religious fervour.