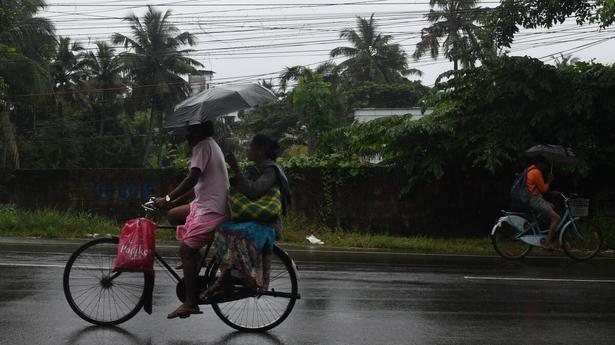 Heavy rain has been lashing Kerala since the early hours of October 16, causing waterlogging in low-lying areas of many districts.

Wayanad and Kannur are on yellow alert for isolated heavy rainfall.

The Thiruvananthapuram district administration has asked the public to avoid unnecessary travel. The four shutters of the Neyyar dam in the southern district, which were already raised by 40 cm each, would be raised further, District Collector Navjot Khosa said.

Low-lying areas in Thiruvananthapuram and Kochi cities and the Kuttanad region have reported waterlogging.

The water level in the Idukki reservoir had crossed the blue alert mark on October 15.

The IMD has warned that the State is likely to receive heavy rainfall till October 17 under the influence of low pressure areas that have formed in the Arabian Sea and in the Bay of Bengal.