BJP demands probe into recruitments during Congress rule in Rajasthan 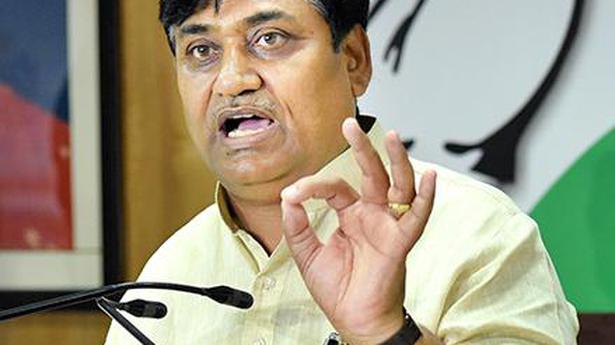 The BJP on Thursday demanded an inquiry into all the recruitments that have taken place during the Congress rule in Rajasthan in the wake of alleged irregularities in the recently conducted State teachers’ eligibility exam.

“All the recruitments done in Rajasthan in the Congress rule are under doubt,” Mr. Sharma said in a video message.

The Bharatiya Janata Party (BJP) has been demanding a CBI probe into the alleged irregularities in the Rajasthan Eligibility Examination for Teachers-2021 (REET) while its State unit president Satish Poonia has claimed that the key accused in the case – Batti Lal Meena – is a Congress worker, a charge denied by the ruling party.

A team of the Rajasthan Police’s Special Operations Group (SOG) had arrested Batti Lal Meena and along with another person – Shivdas Meena – from Kedarnath last week.

New layers are opening up in the investigation of the SOG in the paper leak case and it is clear that papers of competitive exams held in the past, be it of radiographers or lecturers, were leaked too, alleged Mr. Sharma.

“BJP wants all recruitments that have taken place in Congress rule be investigated. The Chief Minister should apologise to lakhs of youth of the State and the Education Minister should resign,” he said in a video message.

The REET was held on September 26 across the State for which 16 lakh candidates had enrolled.