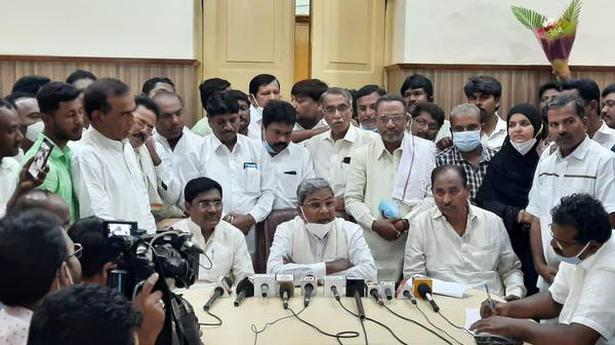 “Mr. Kumaraswamy has alleged that I was responsible for the I-T raids on the close aides of Mr. Yediyurappa. Who is in power? Do [Prime Minister] Narendra Modi, Yediyurappa and those targeted by the income tax department belong to my party? When I am in the Opposition, I have not visited the houses of people in power. I am not a person like Mr. Kumaraswamy who does such things,” Mr. Siddaramaiah said.

On the allegation that he had orchestrated the fall of the Congress-JD(S) coalition government just to become the Leader of Opposition, Mr. Siddaramaiah pointed out that three JD(S) MLAs had joined hands with BJP to topple his government.