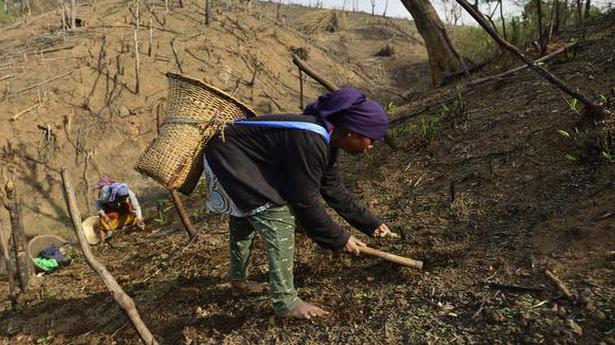 The demand for bifurcating Meghalaya on ethnic lines has received a political push ahead of bypolls to three Assembly constituencies in the State.

The demand for carving out Garoland comprising five districts dominated by the matrilineal Garo community has arguably been the most intense in the northeast after the Bodoland statehood movement in Assam.

While the Bodoland issue has been put on the back-burner after the Bodoland Territorial Region accord in January 2020, a regional political party catering to the aspirations of the Khasi-Jaintia communities in Meghalaya has come to an understanding with an umbrella organisation seeking a separate State for the Garos.

On October 12, the Hill State People’s Democratic Party (HSPDP) and the Garo Hills State Movement Committee (GHSMC) formed a coordination panel for the proper demarcation of the boundaries of the two States that Meghalaya is envisaged to be divided into. One of the States would be for the Garos and the other for the Khasi-Jaintia communities.

The HSPDP is a constituent of the National People’s Party-led alliance government in Meghalaya. The BJP, too, is a partner in this coalition government.

“We want to clearly define and demarcate the boundaries of the separate States intended to be created for the Khasi-Jaintia and Garo people so that we do not face a problem similar to that of Assam,” HSPDP president K.P. Pangniang said.

The HSPDP and the GHSMC, a conglomerate of seven Garo organisations including a regional political party named Garo National Council, in July decided on a joint push for the bifurcation of Meghalaya.

“We will release booklets in local languages to justify our demand for the creation of a separate State for the Khasi-Jaintias,” Mr. Pangniang said.

The GHSMC in December 2018 revived the demand for a separate Garoland State after several extremist groups had taken up arms for a similar objective. Former extremist leaders are part of this renewed movement.

The Meghalaya Assembly in March 2014 rejected a resolution for the creation of a separate Garoland State in the western region. Meghalaya was carved out of Assam as a State in 1972.