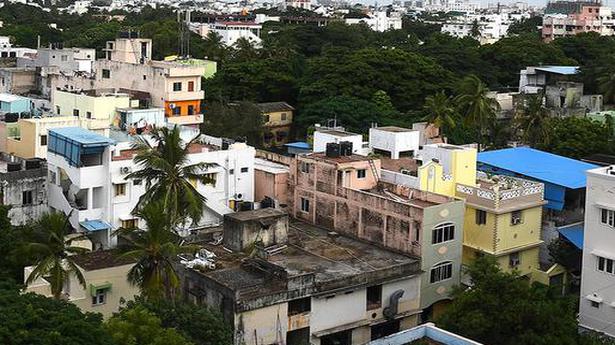 The Greater Chennai Corporation has asked property tax assessees to pay the tax before Friday to receive a maximum incentive of ₹5,000. At least six lakh out of the 12 lakh assessees in the city are yet to pay taxes for the October 2021-March 2022 half-year period.

Starting Saturday, assessees will not get the incentive for property tax payment for the second half of 2021-2022. The Corporation has asked assessees in the 15 zones to pay the tax before October 15 to get the 5% incentive.

Those who fail to pay the tax on time will have to pay 2% of the amount as penalty. The penalty is calculated as simple interest per annum of the total amount of property tax to be paid by the assessee.

Owing to the launch of incentive scheme for property tax, the Corporation has reported an increase in the number of assessees.

“Earlier, the property tax collection was around ₹2 crore every day. The average collection has touched ₹7 crore a day. Collection has increased by more than 200% because of the incentive. During the period between October 1 and 13, the Corporation Revenue Department has collected a property tax of ₹91 crore,” an official said.

During the first 10 days of October, the Corporation had announced a total incentive of ₹5.94 crore for 1.37 lakh assessees, who paid the property tax in the 15 zones. A total of 4.01 lakh residents have paid the tax in advance for the second half-year before September 30. More than 50% of assessees in the 15 zones are yet to pay the tax for the second half year of 2021-2022.

During the first 15 days of October 2020, as many as 94,900 assessees received the incentive. Officials said the property tax payment was poor because of the pandemic.