Supreme Court comes down on repeated pleas to modify verdict 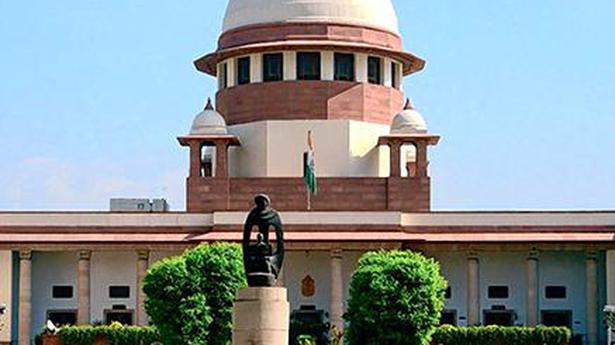 The Supreme Court has belled the cat on the “clever move” to repeatedly file miscellaneous applications to “modify” or “clarify” its judgments.

The court said such conduct on the part of some litigants has no legal foundation. It should be firmly discouraged. Such machinations reduce litigation to a gambit.

In the past few years, private parties with “resources”, corporates and even the government have returned, time and again, to the Supreme Court after a judgment to ‘clarify’ or ‘modify’ the verdict. The move has seen brakes pulled on the implementation of the judgment and, far worse, the case being dragged on in court for years after the verdict.

The court views this as a deliberate move to avoid compliance with the judgment.

“The hallmark of a judicial pronouncement is its stability and finality. Judicial verdicts are not like sand dunes which are subject to the vagaries of wind and weather,” a Bench of Justices D.Y. Chandrachud and B.V. Nagarathna observed in a recent order.

The court saw in the filing of repeated applications, “styled as miscellaneous applications”, after the pronouncement of final judgment the emergence of a “disturbing trend”.

“Applications are becoming a preferred course to those with resources to pursue strategies to avoid compliance with judicial decisions. A judicial pronouncement cannot be subject to modification once the judgment has been pronounced, by filing a miscellaneous application. Filing of a miscellaneous application seeking modification/clarification of a judgment is not envisaged in law. Further, it is a settled legal principle that one cannot do indirectly what one cannot do directly,” the court noted.

The court referred to its earlier judgments that called these ‘miscellaneous applications’ an attempt for review of the entire judgment in the guise of a ‘clarification’.

“It is an application seeking in substance a review of the judgment. By disguising the application as one for ‘clarification’, the attempt is to seek a hearing in the open court, avoiding the procedure governing the review petitions which, as per the rules of this Court, are to be dealt with in chambers. Such an attempt on the part of the applicant has to be deprecated,” the court had said.

The court had held that just by describing an application as one for ‘clarification’ or ‘modification’, though it is really one of review, a party cannot be permitted to circumvent or bypass the circulation procedure and indirectly obtain a hearing in the open court.

“In a country governed by the rule of law, finality of the judgment is absolutely imperative, and great sanctity is attached to the finality of the judgment. Permitting the parties to reopen the concluded judgments of this Court by filing repeated interlocutory applications is clearly an abuse of the process of law and would have a far-reaching adverse impact on the administration of justice,” the court said.