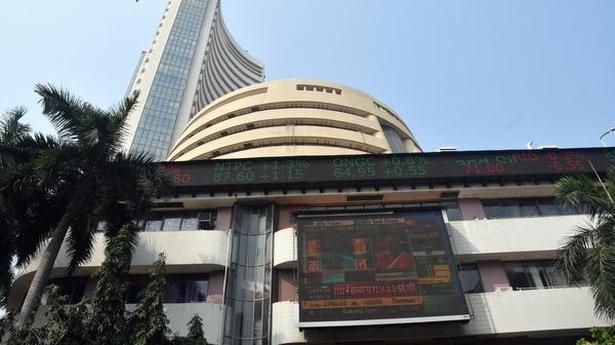 Equity benchmarks Sensex and Nifty opened on a choppy note on October 12, tracking weakness in index heavyweights Infosys, ICICI Bank and HCL Tech amid a negative trend in global markets.

On the other hand, Bajaj Auto, Titan, Dr. Reddy’s, SBI and ITC were among the gainers.

Foreign institutional investors (FIIs) were net sellers in the capital market as they offloaded shares worth ₹1,303.22 crore on October 12, as per exchange data.

According to V.K. Vijayakumar, Chief Investment Strategist at Geojit Financial Services, the resilience of the market in general, and the momentum in the broader market in particular, can be explained only by one factor — the exuberance and dominance of the newbie retail investors.

Institutional selling is easily getting absorbed by retail investors who are not concerned about valuations, he noted.

Weakness in IT and strength in banking which expectedly played out in the previous session need not become a trend. Results of Infosys, Wipro and HCL Tech may not disappoint the market like TCS, he said, adding that results of TCS were good — only fell short of market expectations.

“Now, ₹75.35 to the dollar is becoming a major tailwind for IT. So, investors should remain invested in IT and even buy on declines since the demand environment for the sector remains robust. Crude at $84 and its potential inflation fall out are areas of concern,” he stated.

Elsewhere in Asia, bourses in Shanghai, Hong Kong, Tokyo and Seoul were trading with losses in mid-session deals.

Stock exchanges in the U.S. too ended on a negative note in the overnight session.