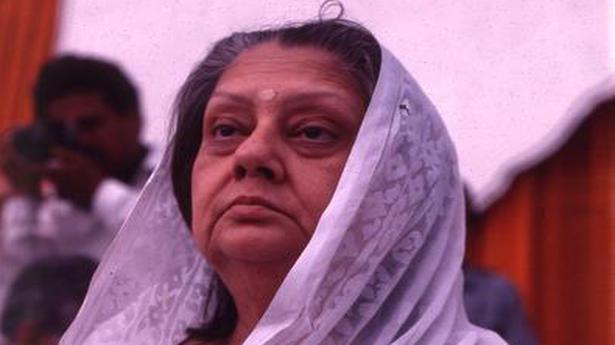 ‘Hers was a life totally dedicated to Jan Seva,’ Mr. Modi tweeted on the birth anniversary of one of the founding members of the BJP.

Prime Minister Narendra Modi on Tuesday paid tributes to Vijaya Raje Scindia, who was from the Gwalior royalty and one of the founding members of the BJP, on her birth anniversary and lauded her contribution to the party.

He tweeted, “Tributes to Rajmata Vijaya Raje Scindia Ji on her Jayanti. Hers was a life totally dedicated to Jan Seva. She was bold and kind. If the BJP has emerged as a Party the people trust, it is because we had stalwarts like Rajmata Ji who worked among people and strengthened the Party.” Born in 1919, Scindia actively espoused the cause of the Jana Sangh and then the BJP.

Her daughters Vasundhara Raje and Yashodhara Raje are senior party leaders while grandson Jyotiraditya Scindia is a Cabinet minister in the Modi government.