MDT23 sighted for first time in over five days 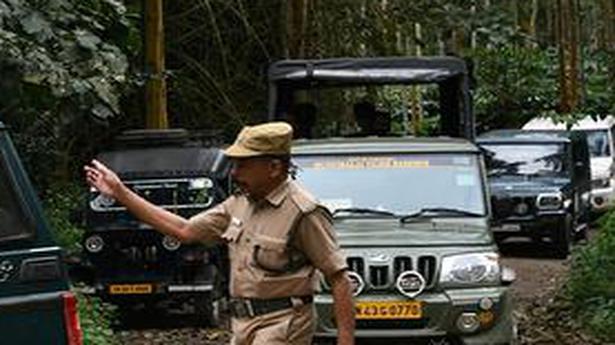 After evading the eagle-eyed trackers of the Forest Department for over five days, tiger MDT23, the animal believed to be behind the deaths of two herders in Gudalur and the Mudumalai Tiger Reserve (MTR), was seen in a camera trap image on Tuesday.

Forest Department officials confirmed that the tiger was seen in a camera trap image on Tuesday, but declined to reveal the location to ensure the safety of the animal. “It has got into its home territory encompassing Gudalur, Bospara, Masinagudi and Singara, through which it continues to move,” said a senior official of the Department.

Shekar Kumar Niraj, Chief Wildlife Warden of Tamil Nadu, who is leading efforts to track, locate and tranquillize the animal safely in the MTR, said a team of veterinarians and forest staff were deployed to the area where the image of the tiger was captured. He said the team spotted the animal and tried to dart it with a tranquillizer, but the animal managed to escape into the undergrowth.

Forest Department officials said MDT23 looked to be in good health, but could possibly be in a condition that has rendered it unable to hunt wild game.

“On Wednesday, one or two teams will be deployed in the same area to try and locate the tiger while camera traps in surrounding ranges will also be checked and the strategy to safely capture the animal modified,” Mr. Niraj said.

The Forest Department advised residents in hamlets in Gudalur and in the fringes of the MTR to stay away from forested areas and to not graze their cattle in the fringes.

The district administration was informed of MDT23’s movements. The police department was also informed to help patrol villages bordering the tiger reserve and ensure that people do not put themselves at risk of a problematic interaction with the animal. This is the seventeenth day that the operation to capture the tiger has been on.