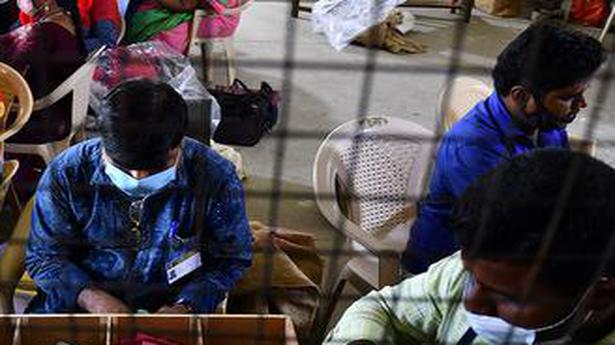 The counting of votes is underway following ordinary elections to rural local bodies, which were held in the nine newly-constituted districts of Tamil Nadu, showed that candidates of the ruling DMK were leading in many places for district panchayat ward member seats and panchayat union ward member seats. The manual counting process is expected to continue through the night in many places.

The polling percentage in the two-phase ordinary elections to fill up various posts in Chengalpattu, Kallakurichi, Kancheepuram, Ranipet, Tenkasi, Tirunelveli, Tirupattur, Vellore and Villupuram districts was 77.9%.