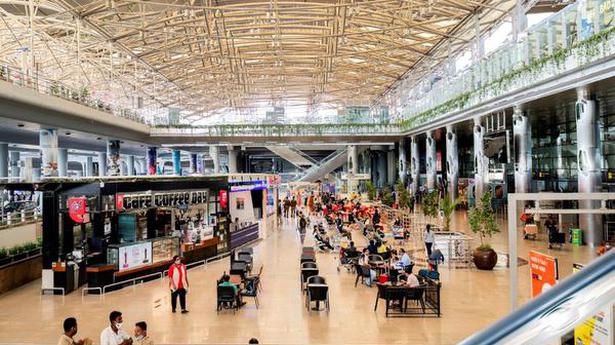 GMR Hyderabad International Airport saw an increase in the number of flights across domestic sectors with 9,000 Air Traffic Movements (ATMs) recorded and the passenger traffic too has surged in September to 9.35 lakhs domestic passengers as compared to 6.8 lakh domestic passengers in July.

This is 62% of the pre-COVID levels, an official spokesperson said on Monday.

In fact, the domestic passenger ‘recovery’ has been the highest amongst all metro airports during July’21 and August ‘21. There has been a gradual increase in international travellers which was 1.2 lakh or 41% of the pre-COVID level. Overall, the total passenger traffic footfall (domestic & international) reached 59% of the pre-COVID levels last month.

Two days ago on October 9, GHIAL recorded the highest (domestic and international) passenger footfall of nearly 48,000 and 350 air traffic movements which is 77% of the pre-COVID numbers. The most popular domestic destination in terms of passenger volume were Delhi, Mumbai, and Bengaluru while it has been Dubai, Doha and Sharjah among the international travellers.

The average domestic passengers travelling per day rose to 31,137 in September as compared to 22,500 per day in July. The Hyderabad International Airport connects 65 domestic destinations as compared to 55 destinations in the pre-COVID period. In the last quarter, new domestic sectors like Rajkot, Srinagar and Jamnagar have been added.

Among the recent additions are the Air India’s maiden direct flight to London twice a week – Monday and Friday non-stop.

Also, under the UDAN initiative to bolster regional connectivity, it has launched Star Air’s maiden flight to Jamnagar. This city along with Jammu and Chandigarh recorded huge growth in passenger volume flying out from here in last couple of months.

Jamnagar recorded passenger growth rate of 346% in September as compared to August while Jammu recorded 286% and Chandigarh close to 244%, respectively, said a press release.