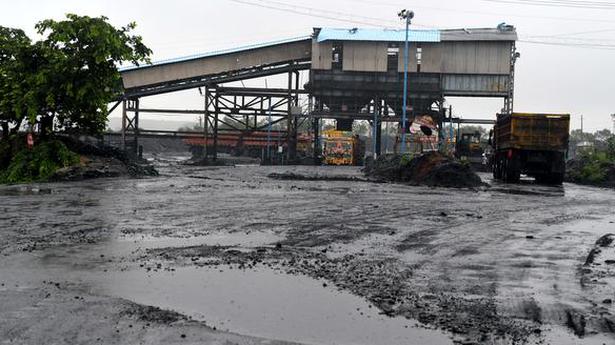 Singareni Collieries Company Ltd (SCCL) has decided to ensure seamless supply of coal to all thermal power stations having coal linkage from it by increasing the dispatch of at least 34 railway rakes every day, including during the current festive season.

The thermal power stations in Telangana, including those being run by TS-Genco, NTPC and SCCL (STPP), itself have coal stocks sufficient at least for 5 days of generation activity and it would be maintained so that there was no interruption to power generation in the backdrop of increasing demand for energy and short supply of coal at the national-level.

The directors stated that although there were reports from across the country that the thermal power plants were facing severe coal shortage, the situation in Telangana was different with availability of sufficient coal to the thermal projects in the State. The plan was the extract (produce) at least 1.9 lakh tonnes of coal every day during October and also to increase the dispatches to at least 34 rakes a day.

They discussed about problems, if any, in scaling up production and dispatches to meet the increasing demand. The directors told the area general managers to ensure dispatch of 7 rakes each from Kothagudem and Ramagundam-2 areas, 5 each from Yellandu, Srirampur and Manuguru, 1 each from Ramagundam-1 and Bellampally and 3 from Mandamarri every day to the thermal power stations having linkage from Singareni.

The thermal power plants having coal linkage — fuel supply agreement (FSA) — with all units of TS-Genco, Muddanur of AP-Genco, Parli of Maha-Genco, Raichur KPCL of Karnataka, Mettur of TANGEDCO (Tamil Nadu), NTPC-Ramagundam and Singareni Thermal Power Plant at Jaipur (Mancherial), and the plants having bridge linkage such as VTPS (AP), Koradi (Maharashtra), NTPC-Solapur (Maharashtra), Ermarus (Karnataka) would be supplied coal as per the agreements with them.

They explained that 86% of the 1.5 lakh tonnes coal being produced every day now was being supplies to thermal power stations itself. Despite interruptions caused by heavy rains in the production this rainy season the company had supplies (dispatched) 271.46 lakh tonnes (99.24%) against 273.54 lakh tonnes target to the power sector.