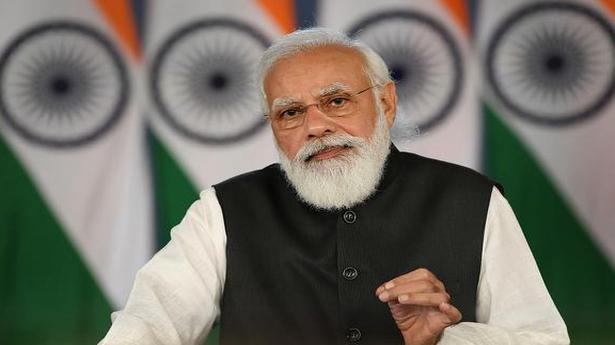 Prime Minister Narendra Modi will launch Indian Space Association (ISpA), an industry body aspiring to be the voice of the Indian space sector, on October 11, the PMO said on Saturday. He will also interact with representatives of the space industry on this occasion.

The Sri Lankan Tamil diaspora, including some former cadre of the defunct Liberation Tigers of Tamil Eelam (LTTE), are “seriously concerned” over the large-scale and long-term investments by the Chinese Government in Sri Lanka, Indian intelligence agencies have said.

As the movement against the agricultural reform laws builds towards its one year anniversary, it is clear that the bulk of farmers in eastern Indian States have not been as motivated to join the agitation as their counterparts in the northwest, as they have not even experienced many of the benefits that the laws threaten to take away.

China’s military in a statement late on Sunday, October 10, 2021, said India had made “unreasonable and unrealistic demands” at Sunday’s 13th round of talks between Corps Commanders, suggesting a stalemate in the long-running negotiations to defuse the crisis in Ladakh along the Line of Actual Control (LAC).

Ashish Mishra, son of Union Minister Ajay Mishra, was sent to a 14-day judicial custody by a local court after he was arrested late on Saturday in connection with the October 3 violence in Lakhimpur Kheri district. A remand petition for his police custody would be heard on Monday, said a senior police officer.

All three ruling parties in Maharashtra on Saturday said essential services won’t be hit in the State bandh called on Monday to protest against the killing of farmers in Lakhimpur Kheri. The Shiv Sena, the Congress and the Nationalist Congress Party (NCP) held a joint press conference on Saturday announcing that all three parties will join the bandh with full force.

On Saturday, however, the Taliban ruled out cooperation with Washington on containing the increasingly active Islamic State group in Afghanistan

In an interview to Sansad TV aired on Sunday, Mr. Shah said he had never come across a “better listener” than Mr. Modi. Asked about allegations of Mr. Modi being dictatorial, Mr. Shah said these were baseless allegations.

The Quad is a “non-defence, non-military” arrangement, said U.S. Deputy Secretary of State Wendy Sherman during her visit to India and Pakistan last week, indicating at two separate interactions that the purpose of the Australia-India-Japan-United States grouping is meant to cooperate on what are considered ‘softer’ issues.

After the resounding victory of the Trinamool Congress in the West Bengal Assembly polls in May 2021, the party has been trying to increase its presence in national politics.

The U.N. said one of the key reasons to sign the memorandum was to start serving the Rohingya population.