Mayawati condemns gang rape of a Dalit woman in UP, calls for justice 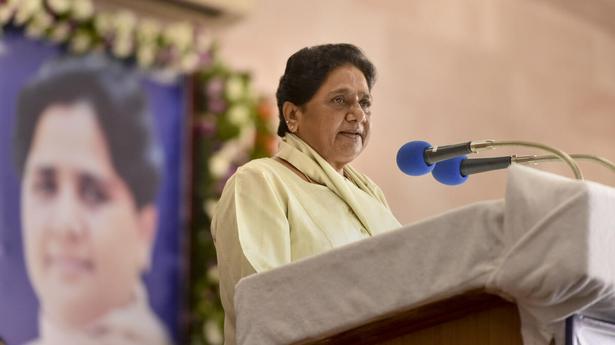 A middle-aged Dalit woman was allegedly gang-raped by men known to her on Sunday.

The Bahujan Samaj Party chief Mayawati on Monday condemned the gang-rape of a Dalit woman in Gautam Buddh Nagar and called for immediate action against the accused.

A middle-aged Dalit woman was allegedly gang-raped in Jewar area by men known to her on Sunday morning, officials said.

The incident took place when the woman had gone outside her village to cut grass while the key accused, 28, had come there to graze his cattle, the officials added.

“The gang-rape of a Dalit woman in Gautam Buddh Nagar is extremely sad and shameful. The BSP demands that the BJP government in UP take strong actions against accused persons, and give justice to the affected family,” Ms. Mayawati said in a tweet in Hindi.

An FIR has been lodged in the case but no arrest has been made yet, the officials added.