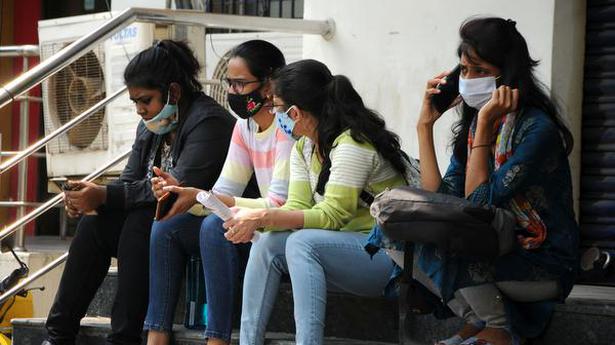 Hyderabad, Nizam State and Madanapalle found place in the Civil Services preliminary exam conducted on Sunday and it was also the first time that several questions from sports tested students apart from regular topics.

The question on Madanapalle was related to headquarters of the Theosophical Society, Pattabhi Sitaramaiah starting Quit India Movement from there and Pingali Venkaiah designing the Indian flag from there. Question on Hyderabad was linked to UNCDF recognising it as Tree City of the world or its commitment to grow and maintain urban forests.

According to the aspirants, the paper this year was a bit ‘tougher’ than previous years’ with expected questions on the pandemic and India-China relations in view of the Galwan valley issue. Reasoning questions were confusing is what they said.

However, V. Gopalakrishna of Brain Tree Academy said that it was a balanced paper which comprised questions from all the areas listed in the syllabus. Questions tested conceptual clarity of the aspirant rather than only factual information indicating that a long term preparation and broad based preparation is expected out of a prospective civil servant, he said.

There were 15 questions from Economic and Social Development, 20 from History and Culture, 12 from General Science, 18 from Indian Polity and Governance, 20 from Environment and Ecology, 8 from Geography and about 7 questions from General Knowledge and Current Affairs.

V. Srikanth of Analog IAS Institute described the paper as more random than last two years and less logical and more factual than last four years. He said sports, awards, geography, microeconomics made a re-entry in the prelims almost after half a decade. Government schemes and Polity were completely marginalised. “Not tough but highly factual paper and the cut-off can be between 92 and 95 like last year,” he opined.

Rambabu of La Excellence IAS training institute felt the question paper was moderate and the highest number of questions are asked from History and Environment. Sports related questions have appeared for the first time in last five years. He argued that cut off is expected to be around 95 marks. On higher side it can go up to 100 marks as there are less posts and paper being relatively easy.

Surprise police check at over 100 lodges