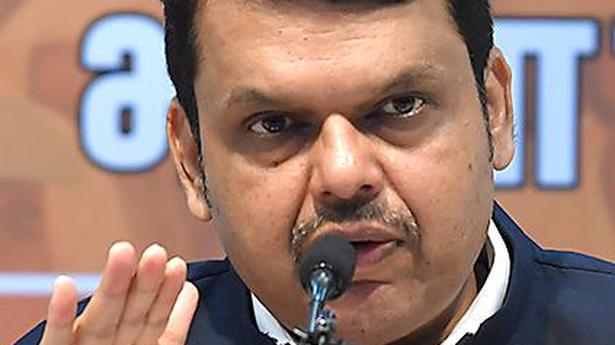 The tripartite Maha Vikas Aghadi (MVA) dispensation of the Shiv Sena, the Nationalist Congress Party (NCP) and the Congress traded barbs with the Opposition Bharatiya Janata Party (BJP) over the shutdown called over the Lakhimpur Kheri violence with former Maharashtra Chief Minister and Leader of Opposition Devendra Fadnavis dubbing the MVA as an “imposter government”.

He alleged that traders and businessmen, despite their opposition, had been ‘threatened’ by the State government to participate in the bandh.

“Do the parties which comprise the MVA coalition even have the moral right to hold the protest? These are the same people [Congress and the NCP] who had ordered the police to fire on protesting farmers in Pune’s Maval in 2011 [when the Congress-NCP government were in power]…while the Lakhimpur incident is very serious and the [BJP] government in Uttar Pradesh is probing the case, today’s shutdown by the MVA is purely a political stunt,” alleged Mr. Fadnavis, while pointing to the recent police lathicharge on farmers at Hanumangarh in Rajasthan, which has a Congress government.

On the other hand, Maharashtra Congress Pradesh Committee (MPCC) Chief Nana Patole claimed that the success of the shutdown proved that the public was completely with the MVA government and riposted Mr. Fadnavis by remarking that the BJP’s combative opposition to the bandh proved that the saffron party was fundamentally ‘anti-farmer’ in its attitude.

Claiming that 2,000 farmers have committed suicide since the MVA government came to power, Mr. Fadnavis further exhorted the ruling government to provide relief to flood-hit farmers in Maharashtra’s Marathwada and Vidarbha regions instead of protesting over an incident in distant Uttar Pradesh.

“The ruling MVA coalition has misused the police and the GST administrations to impose the shutdown which the public have not supported. They are not at all sensitive to the Lakhimpur Kheri incident… This is a government of bandhs as it stopped all schemes for farmers once it came to power and imposed lockdowns during the pandemic at a time when the country was open,” alleged the BJP leader.

Mr. Patole, on his part, dismissed the BJP’s propaganda of the public being opposed to the shutdown as “false.”

“It is clear that the public is with the MVA. There was total support for the shutdown. It is not surprising that the ‘murderers of farmers’ [referring to the BJP in Lakhimpur Kheri] think that our protest is a farce,” said the State Congress chief, adding that the country had seen the way the BJP had harassed Congress leader Priyanka Gandhi Vadra during her visit to Lakhimpur Kheri.

Mr. Patole said that contrary to the BJP’s pronouncements, even the trader community, who normally are said to side with the saffron party, had wholeheartedly supported the shutdown called by the MVA. “The Modi government has been trying to finish off small traders ever since the BJP came to power while favouring a few big industrialists. So the traders support for our bandh is a lesson to the Modi government,” he said.