Ahead of rural polls, Odisha hikes salary for contract workers 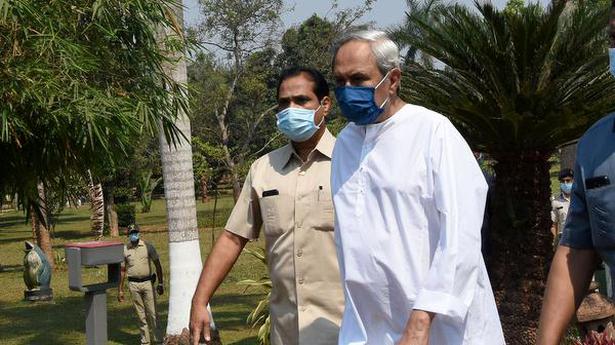 The Odisha government on Monday decided to enhance monthly remuneration of all contractual employees in the government sector and bring them under purview of medical reimbursement scheme.

A State Cabinet meeting, chaired by Chief Minister Naveen Patnaik, approved the proposal of amending ‘Contractual Appointment Rules 2013’ and increasing the remuneration by 50%. Henceforth, these employees will be treated as ‘initial appointee’ instead of ‘contractual employee’.

In another important decision, the State government has increased its contribution towards the National Pension Scheme (NPS) from 10% to 14% in respect of employees covered under the scheme.

The decisions assume significance with panchayat and civic body polls likely to be held early next year.

“As per existing rules, service of all contractual employees is regularised after six years. Now, from the day one, they will get 50% higher salary than that of present level,” said State Law Minister Pratap Jena. “These ‘initial appointees’ can get the medical expenses reimbursed like regular government employees.”

The government has, however, not changed the policy of regularising services only after six years on contract.

According to an official, around 26,000 contract workers will benefit from the salary hike, which will cost the State government ₹250 crore annually.

The decision to hike State government contribution to NPS will come into effect retrospectively from April 1, 2019.

“Around 2.08 lakhs employees will be benefited from this enhancement. Employees, covered under NPS, are also allowed to exercise an option to receive family pension in the event of in-service death under Orissa Civil Services (Pension) Rules, 199. The above benefits are also applicable to eligible employees of Aided Educational Institutions and Group-B contractual employees,” the government said.

As part of government’s decision to provide safe drinking water to every household, the Cabinet approved a proposal of supplying drinking water to 12 lakh people in Ganjam, Rayagada, Boudh and Kandhamal at an estimated investment of ₹1,280 crore.

Surprise police check at over 100 lodges