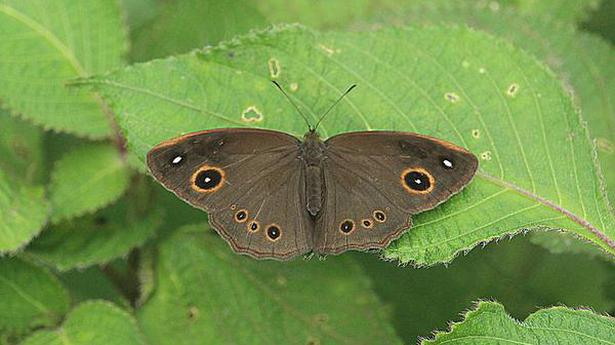 Chief Conservator of Forests (Northern Circle) D.K. Vinod Kumar told The Hindu that endemic to the Western Ghats, the butterfly is commonly found over 1,200 metres above sea level. They were previously reported in some parts of Wayanad.

Mostly found in areas north of the Palakkad Pass, Red-Eye Bushbrown is evolutionarily relevant. The life cycle of this butterfly, which lays eggs in grass, has not yet been scientifically described, he said.