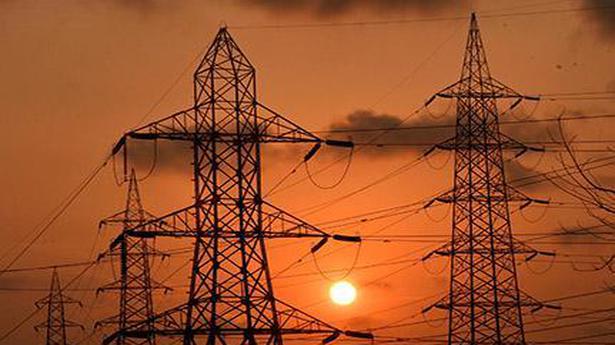 Terming any fear of disruption in power supply in the country due to coal shortages ‘misplaced’, the Government on Sunday said coal stocks at power plants would ‘gradually improve’ and were currently sufficient for four days.

At a review meeting of the coal stocks at thermal power plants attended by Power Minister R.K. Singh and Coal Minister Pralhad Joshi, the Coal Ministry and Coal India assured that there is ample coal available to meet the demand of power plants.

Also read: Explained | How bad is the world’s energy crisis?

The Coal Ministry also said coal supplies were set to hit a ‘record high’ in 2021-22 and blamed extended monsoons for constraints in despatches from mines. Coal India, the Ministry said, was supplying more than 2.5 lakh tonnes daily to non-power industries such as aluminium, steel and cement, which reflected the ‘comfortable coal position in the country’.

The daily average coal requirement at power plants is about 18.5 lakh tonnes whereas the daily coal supply has been around 17.5 lakh tonnes per day. Citing the heavy rains in coal field areas, the Ministry said the CIL was now supplying over 14 lakh tonnes a day to power plants which would increase to over 16 lakh tonnes by the end of October as the rains recede.

The Power Ministry said in a separate statement that domestic coal supply had sustained the power plant operations “despite heavy rains in August and September, steep hike in power demand due to economic recovery and increase in imported coal prices”.

“All out efforts are being made to ensure full power supply to the DISCOMs as per requirements,” the Ministry added.

Taking special note of concerns raised by Delhi about the prospect of power supply disruptions in the capital, Mr. Singh had directed that distribution companies of Delhi would get ‘as much as power as requisitioned by them as per their demand’.

The Minister had directed the NTPC and the DVC to give full availability of power as per the needs of distribution companies, and advised GAIL India to provide gas from all sources to gas-based power plants in Delhi.

“If any DISCOM is found to resort to load-shedding despite being power available as per the PPA, action would be initiated against them,” the Power Ministry warned.