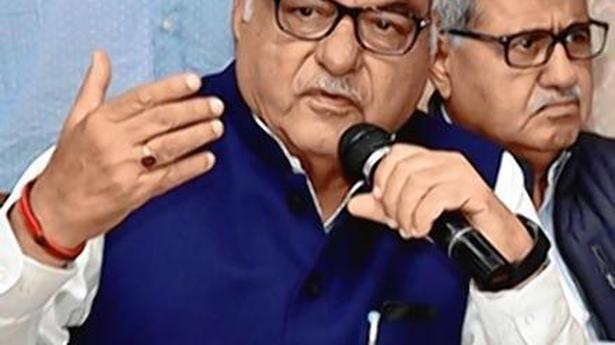 The Haryana Congress on Saturday started “Vipaksh Aapke Samaksh” campaign led by leader of the Opposition Bhupinder Singh Hooda in what it termed as an attempt to capture the “pain and problem” of the people and draw the State Government’s attention towards issues concerning the public.

Congress workers including several sitting and former MLAs participated in the programme at Karnal to interact with people and hear their ‘issues’ and raise them before the ruling BJP-JJP government. Farmers, labourers, traders, workers, temporary government, transporters and people from different walks of life took part.

Accusing the State Government of failing to address the problems of the people in their two-year rule, Mr. Hooda said as a responsible Opposition party, it is the party’s responsibility to go among the people and become its voice.

“The BJP-JJP coalition government has failed to fulfil its election promises. In such a situation, no more time can be given to it which is formed for mere opportunism and selfishness. That is why the Congress Legislature Party has decided to go to the public in every district and every Assembly constituency and establish direct communication with the people. We will listen to their pain and problems and I assure the people that we will forcefully raise all their problems and issues not only on the streets but in the Assembly as well,” he said.