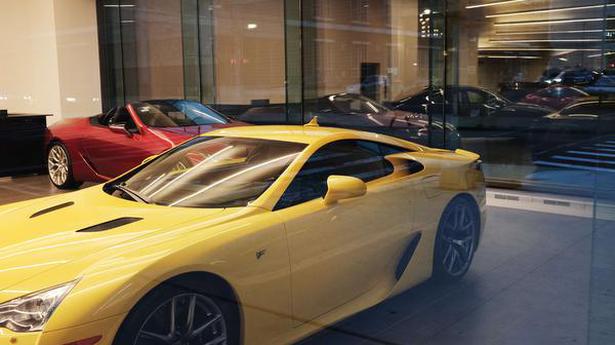 With the 42-day long peak season having commenced with the first navratra, dealers are finding it difficult to convince the customers to wait indefinitely for the vehicles of their choice.

Automobile retailers are staring at huge losses this festive season as manufacturers struggle with vehicle dispatches to dealerships amid the ongoing semiconductor shortage crisis, according to a top FADA official.

With chip shortage continuing unabated, auto manufacturers are faced with production issues forcing them to curtail supplies to dealer partners.

With the 42-day long peak season having commenced with the first navratra, dealers are finding it difficult to convince the customers to wait indefinitely for the vehicles of their choice.

Amid robust demand for several models, dealers are witnessing booking cancellations and there is also a drop in on the spot buying due to dearth of inventory at their end.

“Festive season is the most important period in terms of sales for us. On an average, the two month period accounts for 40 per cent of our total sales during a year. This is the time when we actually earn and save for operations for the rest of the year. This year we are not getting adequate vehicles and are staring at losses,” FADA President Vinkesh Gulati told PTI.

He noted that in the passenger vehicle segment, the waiting period on most of the models has gone up drastically from the earlier period of 1-3 months.

Mr. Gulati said with lack of inventory at the dealerships, spot purchases are hampered as well.

“As per our data, while 50-60 per cent buyers go for prior booking etc, the rest 40 per cent are those who just come to the dealership and just buy a model. So this chapter is just closed for us as there are no extra units,” he stated.

Terming the overall situation as very challenging, Mr. Gulati said that the industry would indeed be lucky if it is able to do normal kind of sales during the ongoing 42-day festive period, starting from first navratri to Diwali.

“We are staring at big losses. During the festive period our retail sales used to be in the range of 4-4.5 lakh units in the 42-day period but this time around it is going to be just around the 3-3.5 lakh sales mark. We would be lucky if we are able to achieve even such a sales number,” he noted.

When asked if FADA is speaking to carmakers to increase the supplies, Mr. Gulati said, “They are helpless. They do not have answers. They are not sure what is going to happen in the future. They tell us that there would be an increase in dispatches from next week, but nothing happens in reality.”

“When a customer comes to a dealership and selects some model, he asks us as to when we can deliver him the vehicle. We don’t have an answer to that question. It sometimes even leads to arguments and unpleasant situations,” he added.

Mr. Gulati said that while the PV segment suffers from robust demand and poor supply, the situation is quite opposite in the two wheeler segment where the inventory level is better but demand is uninspiring.

“There is an impact on the lower middle class and rural regions due to drop in income levels amid COVID related issues, which has impacted the demand. Also, the prices of two wheelers have gone up by around 30 per cent in the last one year alone. Besides, high petrol prices are also an impediment. So there has been an impact,” he stated.

Opening of schools and offices is one factor which could help the segment in the coming days, Mr. Gulati said.

Automobile retail sales in the country witnessed a 5% year-on-year drop last month amid a decline in two-wheeler and tractor dispatches during the period.

The full blown semiconductor crisis continues to create hindrance in PV sales as vehicle inventory at dealers has dipped to record lows of 15-20 days during the current fiscal.

As a result of the severe chip shortage faced by tier I and II component suppliers, vehicle manufacturers are facing supply constraints of parts such as engine electronic control units, keyless entry, ABS systems and infotainment systems.

The global chip shortage has also impacted other segments like mobiles, consumer electronics in the midst of the festive season when sales usually peak, with the automobile industry understood to have piled up around 5 lakh pending orders.

While customers usually get bargain deals or handsome festive discounts during this period, this time they are paying higher for a host of items ranging from mobile handsets and TVs to cars due to the chip shortage.