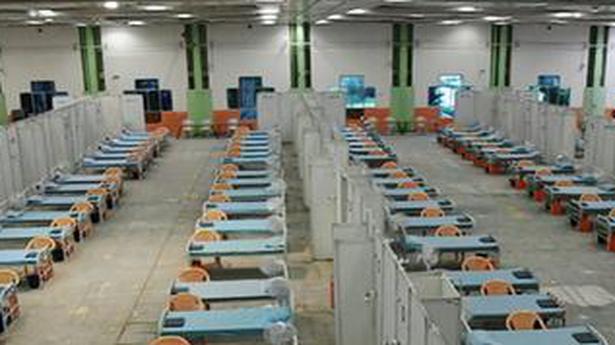 The Greater Chennai Corporation is set to vacate Chennai Trade Centre, which was previously redeveloped as the largest COVID Care Centre during the second wave of the pandemic.

At present, no patients are housed in the Chennai Trade Centre. But the Corporation and the Health Department had been maintaining the beds for the last six months on the premises as part of Covid preparedness.

The Tamil Nadu Trade Promotion Organisation, which owns the facility, has demanded a daily rent of ₹20 lakh (plus GST) from the Corporation for operating the centre.

The civic body developed a COVID Care Centre with oxygen beds at the trade centre after the number of cases increased in April this year. More than 50 mobile toilets were stationed at the centre. The Corporation built a 11 kl tank for oxygen with distribution lines for more than 800 oxygen beds at the trade centre. Owing to the increase in the number of COVID cases in May, Corporation officials announced that more than 20 doctors from the Tamil Nadu Government Multi Superspeciality Hospital, Omandurar, and 15 doctors from the Rajiv Gandhi Government General Hospital and 60 nurses were expected to be posted at the trade centre. However, no patients were admitted after June 19.