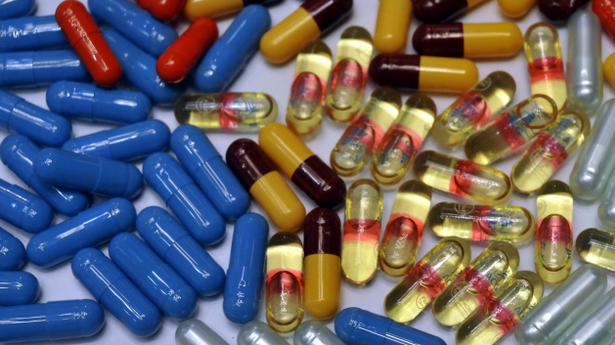 As non-COVID services resume, supply of other essentials such as bandage material, catheters and gloves has also been hit

Government hospitals in the State are now facing an acute shortage of basic drugs including paracetamol, antibiotics and anti-histamine and are being forced to write prescriptions for patients to buy the same from outside.

Sources said there has been an irregular/short supply of basic drugs in all hospitals run by the State Health Department and hospital authorities are unable to get supplies even after four months of indenting.

Hospital authorities said that except intravenous fluids, all essential medical supplies including suture and bandage material, catheter, gloves and basic drugs have been in short supply since May. “With non-COVID services resuming from June-July in all government hospitals, the daily patient flow has increased considerably and is almost equal to what was seen in the pre-COVID days. But we do not have the required drugs and are facing the wrath of patients when we write out prescriptions for them to buy from outside,” said a senior doctor from a district hospital in North Karnataka.

A senior anaesthetist from another district hospital said the short supply can be attributed to tenders not being floated by the Karnataka State Medical Supplies Corporation Ltd. (KSMSCL) in the last two years. “Besides, the National Free Drugs Service (NFDS) funds for district hospitals to procure drugs locally have not been released in the last six months,” the doctor said.

He said the usual allotment of ₹25 lakh under this scheme for district hospitals and ₹10 lakh for taluk hospitals has been reduced to ₹10 lakh and ₹5 lakh, respectively. “With a patient flow of over 1,500 daily and over 350 in-patients at any given time, a ₹10 lakh NFDS fund is not sufficient to meet the drug requirement even for a week,” the doctor said.

Another administrator doctor from a general hospital in Bengaluru said they are trying their best to ensure BPL patients are not put to hardship. “We have instructed all our doctors to not write out prescriptions for BPL patients as they cannot afford to buy medicines from outside. Instead of dispensing them the prescribed medicines for the required period in one go, we are rationing,” the doctor said.

However, top health officials denied there is a short supply of drugs. State Health Commissioner K.V. Trilok Chandra said the KSMSCL is in the process of procuring regular drugs and annual tenders have been floated. “There is no shortage of drugs as hospitals have been authorised to procure locally through NFDS and Arogya Raksha Samithi (ARS) funds. Hospitals facing an issue can bring it to our notice,” he said.

Arundathi Chandrashekar, State Mission Director, National Health Mission (NHM), admitted that NFDS funds under NHM for districts had been reduced as the Centre had slashed the NHM budget for a few components. We have been told these components need the 15th Finance Commission’s approval and we are awaiting that. “We have started releasing funds under NFDS to districts in the last two-three days. The districts can initiate procurement soon,” she said.