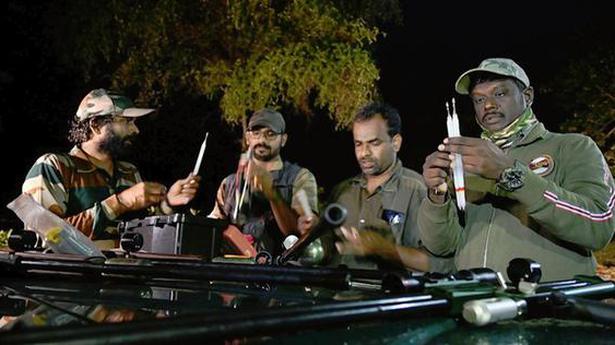 Mr. Niraj said the Forest Department was altering strategies every day based on the information and data they collect. Currently, teams are in the Singara area in the tiger reserve, and they are trying to tranquillise the tiger. Mr. Niraj said there was a high probability of the tiger being in the Singara region, based on all the evidence that the Department had collected. Teams have also been posted in other areas to track the tiger.

Mr. Niraj said it was a “silent operation”, with teams of three people each carrying all the food and supplies with them into the forest. The teams will camp in the search area and attempt to locate the tiger.

Local residents and motorists are being stopped and are not being allowed to use the Singara road for the time being. “The habitat will remain undisturbed, and we are hoping that the tiger may be around and will venture out and provide an opportunity to us to tranquillise it,” he said.

Based on the daily images from the camera traps in the search area, the focus of the operations will be shifted, he said, adding that drones, sniffer dogs as well as kumki elephants were being put to use in the operation.