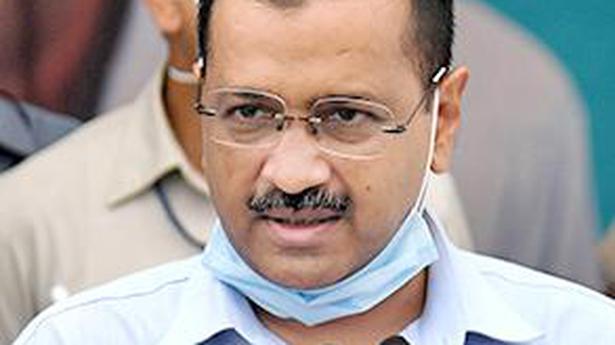 Terming it murder and demanding that Prime Minister Narendra Modi reach out to their next of kin to share their sorrow, Chief Minister Arvind Kejriwal on Wednesday strongly condemned the Lakhimpur Kheri incident.

Mr. Kejriwal alleged that the Uttar Pradesh government was “protecting the killers”. The Delhi Chief Minister questioned why “the killers” of farmers were yet to be arrested.

The car that mercilessly mowed down the farmers, Mr. Kejriwal alleged, had not only crushed them but the very soul and spirit of all the farmers of the country.

“Dear Mr. Prime Minister, throughout the country everyone’s talking about how the entire system is trying to protect the murderers of the innocent farmers who died in Lakhimpur. I want to talk to you, Mr. Prime Minister, on behalf of the people of this country today,” Mr. Kejriwal told a digital press briefing.

It was, the Chief Minister said further, only in Bollywood films that one bore witness to criminals mercilessly running their cars over innocent people only to have the entire system “bow down before them” and shield them from the law.

Mr. Kejriwal questioned whether the message that was sought to be conveyed through alleged inaction in the case was that if someone was a politician or a rich and powerful person they could get away with murdering people under the Prime Minister’s watch.

“Those murders did not only kill the group of farmers they ran over, they killed the spirit and soul of all the farmers of this nation. They ran over all those people who are downtrodden in this country. It feels like that car ran over the government itself and killed the entire system,” he added.

“Mr. Prime Minister, on one hand the government is celebrating the Azadi Ka Amrit Mahotsav, on the other hand it is arresting the leaders from the opposition when they are going to support and console the bereaved families of the victims. Is this how you are celebrating the freedom of this great country, Mr. Prime Minister?” the Chief Minister asked.

Adding that such behaviour was akin to the tyrannical British colonial rule, Mr. Kejriwal said that our forefathers did not die in the struggle for freedom to see this day.

Farmers, he also said, had been protesting for a year and over 600 of them had died till date. Why, he asked, was “so much hate” for them being exhibited.