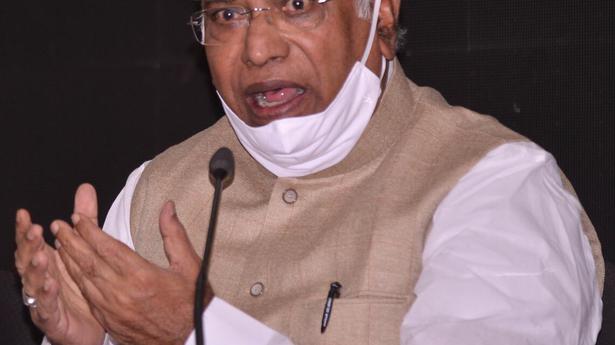 Leader of Opposition in Rajya Sabha Mallikarjun Kharge said the Rashtriya Swayamsevak Sangh (RSS) is ‘infiltrating’ all sectors, and his long fight against the organisation was one of the major reasons for his defeat in the 2019 Lok Sabha elections from the Kalaburagi constituency.

“They (RSS) are infiltrating everywhere…even education. Many officers are directly recruited by amending the rules,” Mr Kharge said in response to a question.

Speaking to media persons at the party office in Bengaluru, the Congress leader said he has been fighting RSS and its ideology from the age of 15, and it is one of the reasons for his defeat in the 2019 Lok Sabha elections.

“We are fighting against RSS. We don’t want to hide it. We will fight, and that’s why I lost my election. RSS is not pro-poor, it is not for social justice. They believe in ‘Manusmṛiti’. Read about Golwalkar Guruji, the second sarsanghchalak of RSS,” the Congress leader said.

Mr. Kharge was replying to a question on former chief minister and JD (S) leader H.D. Kumaraswamy’s allegations that Prime Minister Narendra Modi is a ‘puppet’ in the hands of the RSS while Chief Minister Basavaraj Bommai is functioning under the directions of the RSS office.