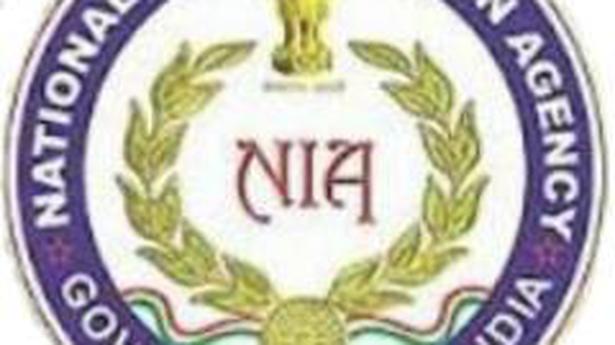 The National Investigation Agency (NIA) has nabbed a senior intelligence operative of the defunct Liberation Tigers of Tamil Eelam (LTTE) in Chennai on Tuesday.

Preliminary investigation revealed that the suspect, Satkunam alias Sabesan, 47, a Sri Lankan Tamil and a former member of the LTTE’s intelligence wing, had transferred a huge amount of money to former cadres or sympathisers of the outfit to revive the movement in the Island Nation.

Searches on his premises in Valasaravakkam, Iyyappanthangal and other places led to recovery of incriminating material, including details of the money flow from Tamil Nadu to Sri Lanka in recent years, sources in the agency said.

NIA investigators were tracking Satkunam following specific inputs on his involvement in arms and drugs trafficking operations from Pakistan to Sri Lanka. The input also said that he used the proceeds of the smuggling to fund former cadres of the banned LTTE in Sri Lanka.

The sources said that Satkunam was among the trusted lieutenants of LTTE leader V. Prabhakaran and was also part of his close proximity security. He was also closely associated with the then LTTE intelligence chief Pottu Amman.

About 15 years ago he was sent to Madurai to take forward the organisation’s plans in Tamil Nadu. But he was arrested in a drug case and spent almost 10 years in prison, the sources said.

After his release from jail, Satkunam revived his contacts with international arms and drugs smuggling network.

His satellite phone, diary and other gadgets have more evidence to his connections with international drug peddlers in Pakistan, Dubai and Sri Lanka.

Further investigation revealed that Satkunam was the key conspirator in the Vizhinjam arms case of Kerala.

The case relates to the seizure of five AK 47 rifles, 1,000 rounds of 9mm ammunition and 300 kg of heroin off Minicoy coast upon interception of the fishing vessel Ravihansi by the Coast Gaurd on March 18, 2021.

A case was registered under the Arms Act against six Sri Lankan nationals.

The NIA investigation revealed Satkunam had arranged conspiracy meetings of sympathisers of LTTE in India.

He had played a crucial role in routing the proceeds of drugs trafficking to former LTTE cadres in Sri Lanka for the revival of LTTE.

The accused was produced in a special court and remanded in judicial custody.