Demand for ‘right to healthcare’ law revived in Rajasthan 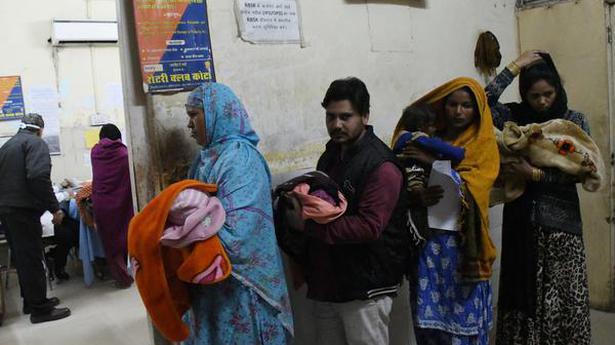 The demand for the enactment of a legislation on the right to healthcare, for which the ruling Congress had made a promise in its manifesto for the 2018 Assembly election, has been revived in Rajasthan. Health activists here affirmed that the law would streamline medical services and guarantee the availability of essential facilities to citizens.

The Jan Swasthya Abhiyan (JSA), a network of civil society organisations, has pointed out that the implementation of a statutory right to healthcare would not put any immediate financial burden on the State government as a sufficient number of doctors, health service providers, buildings, equipment and medicines are already available. The law, if enacted, is expected to strengthen the monitoring system in the health sector.

The JSA, which functions as the Rajasthan chapter of the global non-profit People’s Health Movement, had prepared a draft Act on the subject and submitted it to the Health Department’s authorities shortly after the new government was formed in December 2018. No progress has been made in the enactment of the statute despite the lapse of two-and-a-half years.

Chhaya Pachauli, director of the voluntary group Prayas, said here on Wednesday that the State had gone through the COVID-19 pandemic in this interval, in which several lives had been lost and many patients had to spend huge amounts of money out of their pockets for treatment. “Had the Act been implemented, many lives could have been saved and the expenditure on treatment reduced,” Ms. Pachauli said.

Representatives of health rights groups and public health specialists discussed the issue at a State-level consultation here recently and demanded that the State government bring a Bill on the right to healthcare in the Assembly on the basis of the draft provided by the JSA. The legislation should ensure access for every citizen to basic healthcare services within 3 km of his or her residence.

Ms. Pachauli said the draft Act had laid emphasis on institutional mechanisms, such as social audit and public dialogues, to augment community participation in healthcare planning. A thorough assessment of all the primary health centres operating on the public private partnership (PPP) mode should also be carried out and any centre found below the standards should be immediately withdrawn from the PPP scheme, she said.